AT&T Inc.’s law department leader David McAtee saw his annual compensation return to prior levels in 2021, a year in which the company agreed to sell off its media assets in a $43 billion deal as he fought cancer.

McAtee received more than $10.5 million in total compensation last year, according to a proxy filing this week by the Dallas-based telecommunications company. McAtee’s pay package represents a more than 43% dip from the $18.6 million he earned during 2020, which included a roughly $9 million equity award.

That stock bonus wasn’t the first that McAtee received in the decade that he’s been at AT&T. The company awarded him a $5 million bonus in 2018 for helping it fend off an antitrust challenge to AT&T’s $85 billion acquisition of Time Warner Inc.

AT&T’s most recent proxy states that McAtee was paid nearly $4.2 million in cash—a $1.3 million base salary and almost $2.9 million in non-equity incentive plan compensation—and received about $5.4 million in stock awards last year. The proxy also listed more than $800,000 in “other compensation” for McAtee, which AT&T disclosed in a footnote was for the “use of company aircraft.”

Those flights by McAtee were “taken for medical treatments,” AT&T said in the proxy. A spokesman said McAtee is now in remission from cancer and the company expects him to make a full recovery.

McAtee didn’t respond to a request for comment about his ordeal. AT&T hired the former Haynes and Boone partner in 2012 to lead its global litigation efforts.

McAtee is the son of veteran Texas litigator David McAtee Sr., who was a partner at Akin Gump Strauss Hauer & Feld and special counsel at Hunton Andrews Kurth. The elder McAtee is now of counsel at Dallas-based boutique Hedrick Kring Bailey.

The younger McAtee took over AT&T’s law department in 2015 upon the retirement of longtime legal chief D. Wayne Watts. He subsequently played a key role advising on AT&T’s expansion into mass media via the Time Warner deal. In 2018, McAtee assumed leadership of AT&T’s government affairs function.

The Time Warner transaction was effectively unwound when AT&T, represented by Sullivan & Cromwell, agreed to sell what is now called WarnerMedia LLC last year to Discovery Inc. The proposed $43 billion media merger is set to close in the second quarter after U.S. antitrust regulators declined to block the combination in February.

AT&T’s 2021 proxy states that McAtee has responsibility for all legal issues, including litigation, regulatory, and administrative matters “before various judicial and regulatory bodies,” as well as commercial agreements, labor contracts, and the purchase and sale of corporate assets.

Fri Apr 1 , 2022
Marin County recorded the state’s second-lowest unemployment rate in February, continuing its gradual job recovery since the start of the coronavirus pandemic two years ago, according to state data released on Friday. The county posted a 2.8% unemployment rate last month, down from 3.1% in January. The county had a […] 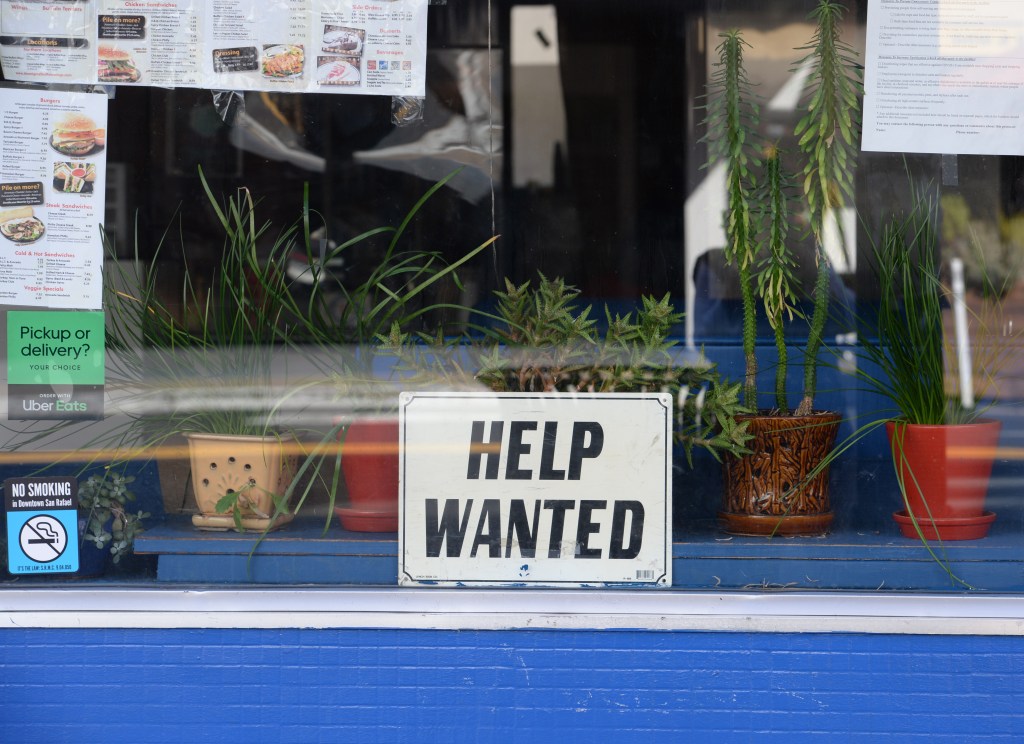