Today, Secretary of State Tony Blinken is in Kyiv to meet with the president of Ukraine. Time is running out to find a way to de-escalate the conflict with Russia.

Here’s what we’re watching today: the U.S. government tries to fill thousands of new tech jobs. Plus, the surprising cities with the fastest job growth.

But first, a high-stakes push for diplomacy on Ukraine is today’s One Big Thing.

JEN PSAKI: This is an extremely dangerous situation. We’re now at a stage where Russia could at any point launch an attack on Ukraine.

ERICA: That was the ominous warning from White House press secretary Jen Psaki yesterday. Today, Secretary of State Tony Blinken is in Kyiv to meet with the president of Ukraine. And time is running out to find a diplomatic way to deescalate the conflict with Russia. Here to bring us up to speed is Axios’ world editor, Dave Lawler.

ERICA: Dave, the US’ warning seems really dire. How likely is a Russian attack?

DAVE LAWLER: Well, the Biden Administration has been sounding the alarm on this for weeks now. Uh, and they’ve also more recently put out intelligence that suggests that the Russians might be trying to pull some sort of false flag operation to give them a pretext to invade Ukraine. Just last night actually they warned that some military exercises that are taking place in Belarus could be cover for a Russian invasion of Ukraine from Belarusian territory. So they are really looking at this as an imminent, possible invasion and is something that needs to be acted on right now. You’ll remember that there are around a hundred thousand troops on the border between Russia and Ukraine. And time really does seem to be running out here.

ERICA: And there were efforts last week to diffuse this crisis too right? What happened there?

DAVE: So it seemed like they had broken down. As of the end of last week, we had three rounds of talks in different formats between the US, its European allies and the Russians. The Russian said they were ready to walk away. But now we have another meeting announced between Blinken and Lavrov, his Russian counterpart. So These talks are not entirely dead, but if the way they went last week is any sign of how they’re going to go this week we shouldn’t be too, too optimistic that some kind of grand bargain is going to be reached anytime.

ERICA: What is the best case scenario coming out of Blinken’s meeting today in Kyiv and then the one in Geneva at the end of week?

DAVE: So his goal in Kyiv is two-fold. One is to coordinate with the Ukrainians, and to, you know, figure out what their position is. On a slightly more ominous note, he’ll also be going to the embassy to do some contingency planning for the event of an, uh, Russian invasion. But in terms of what we can hope for coming out of the meeting with the Russians, really there’s a potential for a broader diplomatic discussion about security arrangements. The US wants to talk about arms control, that’s not just about Ukraine. And the Russians may or may not be willing to engage in that and and take their foot off the accelerator when it comes to the Ukraine invasion. So that’s sort of what we’re watching for here.

ERICA: So beyond just talking this out diplomatically, what other tools as the US have to deter Putin here?

DAVE: So sanctions are the big one in the US has said that if Russia invades they will employ sanctions, uh, like they haven’t before. Things like cutting Russia off from the financial transaction system, potentially putting controls on the export of certain key technologies. Things that we didn’t do in 2014 after the last flare up over Ukraine.

And they’re trying to to coordinate that with the Europeans. Uh, but the Europeans are quite dependent on gas from Russia, uh, on the economic relationship with Russia and may not be willing to push those same buttons. buttons. So part of what Blinken is trying to do, and he’s also going to Berlin, we should say this week, is get on the same page with the Europeans on the sanctions front so that they can say to Putin, ‘if you invade here’s what’s going to happen.’

ERICA: In 15 seconds, capitalizing on the great resignation to fill thousands of new government jobs.

ERICA: Welcome back to Axios Today. I’m Erica Pandey, filling in for Niala Boodhoo. The White House has promised to get with the times, that means updating federal services online and improving the experience for all of its customers. To do that though, they have to hire thousands of tech and cybersecurity professionals, which could be a tough undertaking. Axios’ tech policy reporter, Margaret Harding McGill, has been talking to her sources in the government who are doing this recruiting. Hey, Margaret.

MARGARET HARDING MCGILL: Hey, Erica. Thank you for having me.

ERICA: So Margaret, what is the government promising us, its customers, right now?

MARGARET: So the government is working to make its websites a little bit easier to use. As one official put it to me, we want to make the damn websites work. So these are things like, okay: Allowing somebody to renew their passport online, or if you’re retired, allowing a retiree to claim benefits online. And just making that online experience a little more like the commercial websites that consumers are used to buying things from.

ERICA: So, if I’m working for a, you know, a tech company out in Silicon Valley, the pay is going to be a lot more than what the government can give me. And the whole culture of a startup versus the government is going to be super different. How is The White House hoping to get people to apply for these jobs?

MARGARET: So their pitch is really: Hey, if you want a job where you can actually make more of a difference in people’s lives, we’re doing that here and we want you to join us. And they’re really trying to capitalize on this feeling that people have during the pandemic of re-evaluating their careers and thinking: Hey, am I really doing what I want to be doing. And so they want to streamline the hiring process. As one person told me, it can’t take six months to hire somebody. And one of the ways that they’re doing that is they are gathering pools of applicants, like data scientists, and trying to create a list to hire from and hiring off that list because the way they look at it, if you’re a data scientist and you want to work for the government, it might not matter if it’s the Department of Labor or the Department of Commerce. So why should you have to apply individually through each agency? So that’s one way they’re trying to make it easier to get into the government.

ERICA: And how hard will it actually be to fill these thousands of jobs?

MARGARET: I think it’s going to be a challenge. There’s a huge demand for workers with technical skills. There was a recent report, from a job posting company, that found that there were 1.5 million job vacancies for computer occupations in the U.S. in December. So there’s a huge demand for people like software engineers or developers. One of the, um, officials I spoke with talked about a technologist at the Department of Veteran Affairs, who she said got choked up after doing some coding because she said: I spent years optimizing a shopping cart. And today what I coded will actually help somebody. So they’re hoping stories like that will appeal to Silicon Valley workers’ interest in doing good.

ERICA: The White House has to first hire all of these folks and then they have to actually do the coding to improve the services. So do we know how long it’ll take to, as your source said, make the damn websites work?

MARGARET: A lot of the stuff that was laid out in the executive order back in December, the goal is to finish it up by the end of this year. So that’s a tight time schedule, but then there’s also new projects that the government is doing as we speak. I mean, we have a new COVID testing website. So, there’s a lot of different opportunities across the government to do things beyond the executive order.

ERICA: Yesterday you heard me talking with Niala about how the pandemic might accelerate automation in retail jobs.

This morning, I’m back with another look at the state of jobs… this time based on a new report I was digging into. It’s from the jobs site Indeed and looked at the hot and not-so-hot places for job growth in the U.S.

The first thing that surprised me? Boise, Idaho is number one — with a 95% increase in that city’s job postings since February 2020. Boise is now a burgeoning tech hub.

In fact, 8 of the top 10 cities have a cost-of-living that’s lower than the U.S. average. That tracks with what we’ve been hearing from remote workers who, when given the choice to live anywhere, want to live in places where their money goes farther.

On that same point, I wasn’t surprised to see both San Francisco and San Jose in the bottom ten for job growth during the pandemic. The pandemic has triggered a steady exodus from the expensive Bay Area as its teleworkers move to more affordable cities.

What we’re still waiting to see though, is whether the leaking of jobs from the big cities to the small will last once this is all over and many companies start to call those remote workers back. We’ll keep watching.

I’m Erica Pandey, in Niala Boodhoo – thanks for listening…I’ll be back with you right here tomorrow morning. 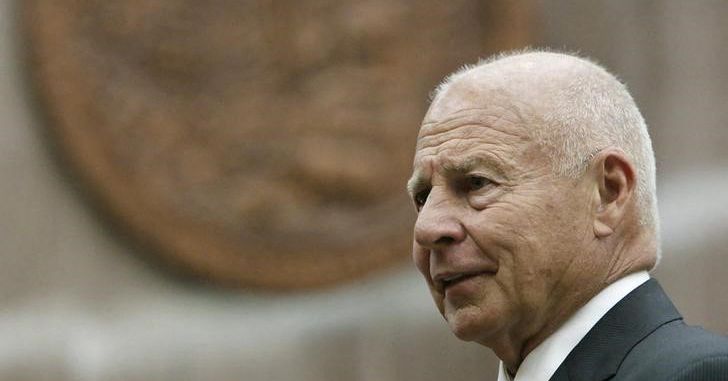