With TV series like Matlock, Murder One, Suits, American Crime Story: The People v. O.J. Simpson, and The Good Wife garnering numerous fans, there’s no doubt that TV audiences love legal dramas. For decades, the Law & Order franchise has affected the way we see the criminal justice system, for better and for worse. Last year, NBC announced that the 21st season of Law & Order was picked up to series, nearly 12 years since the network canceled it. Returning are veteran Law & Order actors Sam Waterson as D.A. Jack McCoy and Anthony Anderson as Detective Kevin Bernard. Series creator and all-around big-deal television producer Dick Wolf’s Midas touch spun his original police procedural and legal drama into a lucrative television franchise, including spin-offs Law & Order: Special Victims Unit and Law & Order: Organized Crime. Though arguably the most popular legal drama ever made, Law & Order isn’t the only judicial-themed drama worth its weight in dramatic, Emmy gold. Ripped from the headlines and dramatized for our grim and morbid viewing pleasures, these are the eight best legal dramas that aren’t Law & Order.

Shonda Rhimes is the William Shakespeare of bingeworthy television. Her ability to spin a salacious yarn of murder, sex, and betrayal into TV gold is legendary, but where would legal dramas be without ABC’s runaway hit How To Get Away With Murder? Viola Davis’ Analise Ketting is a frosty, cutthroat criminal defense attorney and law professor who pits her students against one another for an internship position with her private practice. Blurring the inane youthfulness of a CW production like Gossip Girl with the nighttime soap opera antics of Rhimes’ Scandal, HTGAWM is a dastardly good time. A cross between ’90s teen erotic thrillers like Teaching Mrs. Tingle, Cruel Intentions, or The Skulls and a David E. Kelley show set in a law firm, HTGAWM is an addictive legal drama with the mainstream appeal and the gonzo performances of a medium-budget sex thriller from the ’90s. Still, Davis’s powerhouse performance gives the series the gravitas it needs to stand on its own as one of the most easily binge-able legal dramas ever made.

COLLIDER VIDEO OF THE DAY

No one depicts the inane melodrama of bored affluent white people with alcohol dependencies better than David E. Kelley. A significant television heavy hitter of the ’80s and ’90s who got his start on L.A. Law and created hit shows like The Practice, Ally McBeal, Boston Legal, and HBO’s miniseries The Undoing, Kelley’s latest is Amazon’s legal drama Goliath. The series stars Billy Bob Thornton as Billy McBride, a once-powerful, now washed-up LA lawyer and ambulance-chaser who lives out his days (and nights) getting drunk at local watering hole Chez Jay and living out of the motel next door. Goliath is essentially Californication meets The Firm meets Thomas Pynchon’s Inherent Vice — a serialized legal show that rests firmly on the narrow shoulders of its grizzled main character. Billy watches reruns of Hoosiers on cable TV, uses a sleep apnea machine, drives a rusty convertible Ford Mustang, has a smart mouth, and can take a mean ass beating and get back up to fight another day. But when he reluctantly takes on a wrongful death lawsuit, Billy runs adrift in the shallows of LA’s dark and seedy underbelly that will either sow the seed of his destruction or open doors to his redemption.

Bleeding heart pro bono lawyer by day, bruised and bloodied masked crime fighter by night, Matt Murdock (Charlie Cox) was blinded in his youth by a chemical accident and later orphaned. A superhero origin story as well-known as religion itself—Marvel’s Daredevil sidestepped the usual CGI-laden trappings of the mainstream MCU films in favor of more gritty street-level type action. Reminiscent of ’70s-era crime dramas like director Sidney Lumet’s Serpico, mixed with the close-quarters combat fight choreography of The Raid and Park Chan-wook’s Oldboy. But at its core, Daredevil is a riveting legal drama/crime saga inspired by Frank Miller’s famous run with Marvel and the Daredevil comics starting in 1979. Other notable factors for consideration —Vincent D’Onofrio steals the show as Marvel Comics super villain The Kingpin, a performance that gestates from camp to melodrama to menace to melancholy then back again is something to behold.

Showtime’s stab at a The Night Of type legal drama is a dark dissection and searing plunge into the cankerous heart of the American legal system and organized crime against the backdrop of a post-Katrina New Orleans. Bryan Cranston plays Michael Desiato, a prominent and well-regarded court judge. A white savior, Atticus Finch type, a valiant do-gooder, and man of the people flung headfirst into the ethical and moral predicament of protecting his teenage son Adam. The latter accidentally kills a motorcyclist in a fatal hit-and-run collision. Michael encourages his son to turn himself in but has a sudden change of heart when he discovers that the boy Adam killed was the son of mafia kingpin Jimmy Baxter (Michael Stuhlbarg) and covers up the murder. Michael disposes of the evidence and conceals the truth about the death of Rocco Baxter, a tragic choice that leads to devastating consequences in this spellbinding legal miniseries from 2020.

HBO’s big-budget neo-noir centers on the daily exploits of down-and-out gumshoe Perry Mason against the glitz and grime of 1930s Los Angeles. A hard-boiled courtroom drama, origin story, and gritty Hollywood reboot all-in-one with the acting pedigree of a Steppenwolf Theatre stage play, Perry Mason is a stylish reimagining of the characters first seen in crime writer Erle Stanley Gardner’s original book series. Matthew Rhys’ (The Americans) portrayal of Mason is filled with a deadpan whiskey-soaked pathos akin to Jack Nicholson’s Jake Gittes in Roman Polanski’s Chinatown–except Mason’s a full-blown alcoholic. A soldier of The Great War, divorced, and struggling with PTSD, Rhys’ performance is the emotional anchor in a show anchored by top-tier performances with some of the industry’s best character actors. Perry Mason’s period-piece art direction is exquisite and meticulously executed, sometimes buckling under its big-budget mainstream presentation and lofty ambitions but otherwise nails it with the sturdy aplomb of a hard-boiled private eye. This isn’t your grand pappy’s legal drama.

Following in the footsteps of arguably one of the most critically-acclaimed television shows ever made, Better Call Saul had big shoes to fill. Darkly comedic and deliriously entertaining, the Breaking Bad follow-up stands as one of the best serialized legal dramas on TV, with the writing and pathos you expect from series creator Vince Gilligan. Gilligan’s two-for-two with a backdoor prequel series/origin story of Walter White’s sleazy ambulance-chasing lawyer (this is a recurring theme in modern, gritty legal dramas), Saul Goodman, played by Bob Odenkirk. Better Call Saul has the snappy essence of the newspaperman and short-story writer Damon Runyon, with the gallows humor of Joel and Ethan Coen. Still, it’s Odenkirk’s show—the shining star in a character study about a sad, desperate, and down-on-his-luck attorney who will do anything to survive. Set primarily during the mid-2000s in Albuquerque, New Mexico, the series follows the rise and fall of Jimmy McGill (Odenkirk), an honest lawyer and former con artist turned straight whose Scarface-like megalomaniac transformation into criminal defense attorney audiences know and love.

Boasting some of the finest performances in any long-form television drama of the last decade, The Night Of is a hope-shattering murder-mystery crime saga that peers into the systemic inadequacies of the American legal system. Riz Ahmed’s (Sound of Metal) metamorphosis from a mousy college student into a hardened Rikers Island inmate was a star-minting role that mirrored the muted simmering intensity of a young Al Pacino. John Turturro’s turn as ambulance-chasing lawyer John Stone — reminiscent of Paul Newman in Sidney Lumet’s The Verdict — was a role initially intended for late actor James Gandolfini (The Sopranos) in HBO’s eight-part miniseries based on the first season of the 2008 BBC series, Criminal Justice. Featuring an all-star cast, The Night Of includes Bill Camp as subdued homicide detective Dennis Box and the late Michael Kenneth Williams as Freddy Knight, a Rikers Island inmate who takes Ahmed’s Nasir “Naz” Khan under his wing. Amongst a packed roster of stellar performances, series creators Richard Price and Steven Zaillian crafted a profoundly riveting and poignant limited series in this haunting commentary on the prison industrial complex that will linger with you long after the credits roll.

Devastating, relentless, and profoundly infuriating, Ava Duvernay’s Netflix miniseries based on the Central Park Five case should be required viewing. Chock-full of heart-wrenching performances, When They See Us is the unrelenting look into the insidious systemic racism at the heart of the criminal justice system that sentenced five innocent young black children to life in prison for crimes they didn’t commit. Difficult to watch but engrossing all the same, a legal drama unlike the rest that’s thought-provoking as it is damning. Duvernay’s command of real-life material is searing but delicate without ever becoming heavy-handed or melodramatic. A critically acclaimed legal drama based on the real-life stories of Korey Wise, Kevin Richardson, Raymond Santanna, Antron McCray, and Yusef Salaam–and features a stacked cast including Aunjanue Ellis, Vera Farmiga, Felicity Huffman, John Leguizamo, Niecy Nash, and Michael K. William. Words can’t express what Duvernay and her illustrious cast and crew have accomplished, but watching it will undoubtedly suffice and hopefully force you to reconsider the meaning of justice in America.

Sign up for Collider’s newsletter for exclusive news, features, streaming recommendations and more

Tue Apr 5 , 2022
Alternative legal services firms which operate consultancy models, such as Keystone Law, are growing at a rate three times that of their mid-market rivals, fresh research shows. Analysis by Arden Partners, which looks at publicly available data between 2018 and 2020, reveals that consultant lawyer numbers have grown at a […] 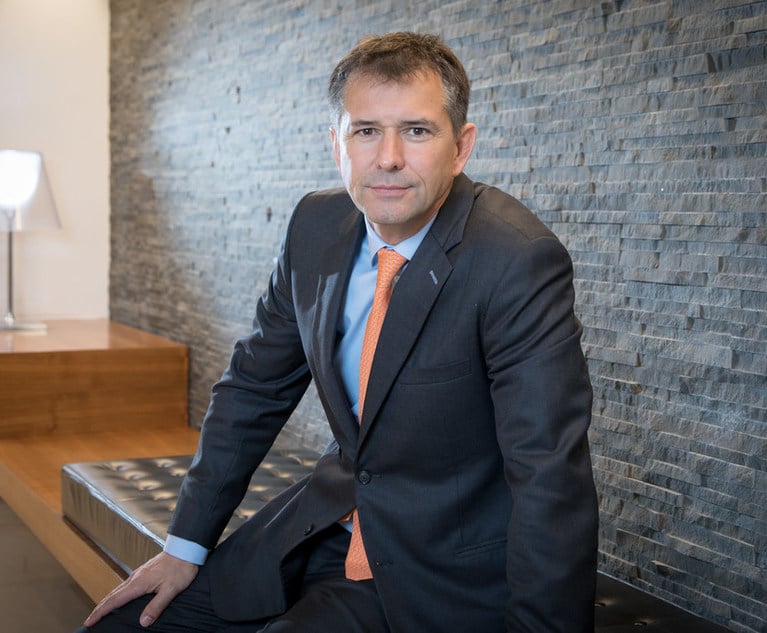