President Biden on Friday celebrated unexpectedly rapid January hiring and new data that showed historically strong employment gains over the past year, seizing on good news at a moment when consumers are nervous about their prospects thanks to a lingering pandemic and persistent inflation.

America has recorded 6.6 million new jobs since January 2021, giving Mr. Biden the strongest first year of job gains of any president since the government began collecting data in 1939. The unemployment rate has dropped precipitously since the worst of the pandemic, and wages rose a rapid 5.7 percent in the year through January.

The progress came on the heels of historic job losses at the start of the pandemic — and the recovery remains incomplete. But the surprisingly strong pace of the rebound offers Mr. Biden a chance to try and turn around an economic narrative that has focused largely on negatives: soaring inflation and dour consumer sentiment.

On Friday, Mr. Biden attempted to capitalize on the numbers and the moment.

“If you can’t remember a year when so many people went to work in this country, there’s a reason — it never happened,” Mr. Biden said during remarks from the White House.

But the administration is in a delicate position as it tries to shift the economic conversation and refocus voters on the breakneck pace of the recovery, rather than the ongoing effects of the pandemic.

Brisk inflation is eroding workers’ spending power, government support for families and businesses is fading, and households report pessimistic outlooks. Inflation is expected to come in at 7.3 percent in the year through January when the government releases fresh consumer price data next week.

And some of the same developments that Mr. Biden cited on Friday as wins for his administration are likely being eyed warily by the Federal Reserve, which is poised to raise interest rates from rock bottom at their March meeting as officials try to cool the economy.

Surging wages could mean that companies will lift prices to cover their rising labor costs, exacerbating inflation and forcing a more vigorous central bank response. Jerome H. Powell, the Fed chair, has previously signaled that the central bank would be worried if wage growth exceeded productivity, a sign that it would drive prices higher over time.

“No matter how bullish you are about productivity growth, the Fed can’t live with that pace, if it is sustained,” Ian Shepherdson, chief economist at Pantheon Macroeconomics, wrote after the release of the January jobs report.

The report spurred investors across Wall Street to speculate that policymakers might make a bigger rate increase than previously expected at their next meeting — perhaps half a percentage point — as rising wages amp up the inflation urgency.

Investors on Friday also sharply increased their bets that the central bank might make six or seven quarter-point rate increases in 2022. The Fed’s benchmark interest rate is currently set near zero, and that would leave interest rates close to 2 percent.

How much the Fed slows down the economy this year could have important political implications. Fed rate increases tend to slow hiring, cause stock and other asset prices to fall, and weaken the market for big purchases like houses and cars.

Economists have been expecting economic growth to moderate in 2022, as government pandemic supports fade and the Fed pulls back its pandemic-era help. That could mean that this is a high point for the White House — one that it is trying to embrace, even as it tries to sustain the progress.

“For many Americans, wages are up this year,” Mr. Biden said. “That’s good — we have to continue to keep wages growing. And we need even more high-paying jobs.”

Some of the president’s top economic aides have been frustrated by the persistent gloom expressed in polls of public sentiment despite economic growth and job gains.

Officials say they believe the ongoing pandemic is primarily responsible for how people feel about their lives. But several senior administration officials have said privately in recent days that the White House was working harder to claim credit for the robust economy even as it was careful not to alienate people who are still struggling, especially with costs rising sharply on many goods and services.

The president nodded at the pain of inflation during his remarks, emphasizing the need for more competition among corporations and pointing out that the administration is doing what it can to ease price pressures.

“Look, average people are getting clobbered by the cost of everything,” Mr. Biden said, noting that gas and food prices are up. Later, he added, “there’s a lot we can do to give families a little extra breathing room.”

Last year, Mr. Biden frequently argued that his legislative agenda, including a $2.2 trillion social spending bill in Congress, was his answer to those economic challenges. Now, with that bill stalled in the Senate, the president is increasingly talking about steps his administration can take without lawmakers.

On Friday, he repeatedly sought to connect the strong growth in jobs numbers to his early executive orders calling for a “Buy America” approach to the economy. He noted the recent announcements by several large companies to increase manufacturing in the United States, including a planned $20 billion semiconductor facility in Ohio and $7 billion electric vehicle plant in Michigan.

After delivering his remarks at the White House, Mr. Biden, along with Vice President Kamala Harris, again hailed the good economic news during a visit to an ironworkers union office in Maryland, where he signed an executive order aimed at lowering the costs of federal construction projects.

Whether the White House can shift the national mood from economic pessimism to optimism — particularly ahead of the midterm elections — will depend in large part on the trajectories of the economy and the pandemic.

Much of the contrast between how rapid progress has proved and how voters feel about it likely owes to the virus, which has lingered on for nearly two years, disrupting lives and inflicting tragedy. And while employment did grow rapidly last year, there are still 2.9 million fewer workers on payrolls today than there were in February 2020.

The January jobs data may have looked strong partly because the virus has disrupted normal hiring patterns: As labor shortages bit in industries like retail, employers might have decided not to lay off seasonal workers who usually would have been let go after the holidays. As 2022 begins, virus flare-ups make economic forecasting a field of nonstop surprise.

“We expected the very low pace of year-end layoffs to support job growth this month, and with hindsight, this tailwind more than offset the temporary Omicron drag,” economists at Goldman Sachs wrote in a research note.

Thanks at least in part to big government spending that helped to fuel a rapid recovery in consumer demand, the pace of labor market healing has consistently surprised economists. While the unemployment rate ticked up to 4 percent in January, that is down from 14.7 percent at the start of the pandemic and not far above the 3.5 percent that prevailed before its onset.

“Overall the labor market remains tight,” Michael Feroli, chief U.S. economist at J.P. Morgan, wrote of the data — but he noted that as the virus persists, they are also hard to read. “Fed Chair Powell has recently vowed to be humble, which will be useful in reading these numbers.”

Sun Feb 6 , 2022
The School of Law has won recognition from the White House and Department of Justice for taking “immediate action to increase housing stability and access to justice” in Erie County during a remote ceremony Jan. 28 from the White House. UB was among 99 U.S. law schools responding to the […] 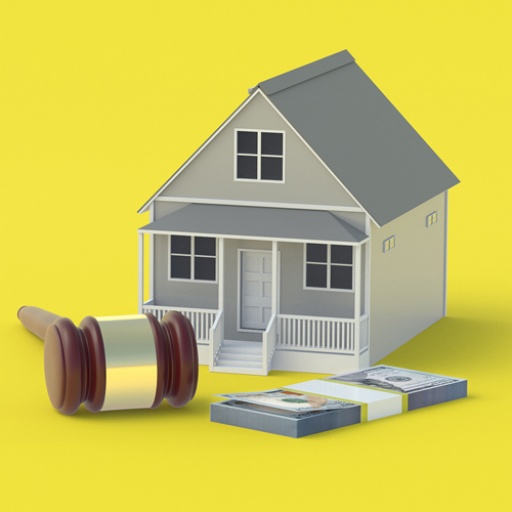