But some people from both camps might be surprised to learn how big — or not — government in Pennsylvania actually is.

By one key metric — government jobs as a percentage of all civilian jobs — no other state has less government than Pennsylvania.

Get daily news, weather, breaking news and alerts straight to your inbox! Sign up for the abc27 newsletters here.

That’s the conclusion of the publication Econ Weekly, based on its analysis of data from the U.S. Bureau of Labor Statistics. It comes during a renewed push to move thousands of liquor store jobs from the public to the private sector.

13 maps, 7 justices: Can state Supreme Court pick a map before May?

But just 11.9 percent of all civilian jobs in Pennsylvania are government jobs at any level — federal, state or local — according to the ranking. That places Pennsylvania fractionally behind Nevada in last place (or perhaps first place, depending on one’s perspective about the optimal size of government). The percentage-based government workforces in Alaska and Wyoming, No. 1 and No. 2 on the list, are nearly twice as big. (The full ranking of all 50 states is below.)

“It’s a state that has a very large percentage of its jobs in education and health care,” Shabat said. “Sometimes we call those ‘eds and meds.’”

Some “eds and meds” jobs — in public education or at a VA hospital, say — are government jobs. But many aren’t. Think of a large private university, like the University of Pennsylvania.

Another example: “In York [county], the private-sector, nonprofit hospital [WellSpan York] is the largest employer,” Shabat noted. “And that’s, you know — that’s thousands of employees.” (State government is, sure enough, the biggest employer in Dauphin county.)

Pennsylvania also has a giant city (Philadelphia) and a large one (Pittsburgh).

Toomey, Casey comment on legislation that would ban Congress members from stock trading

“Large cities do tend to have very large private-sector economies, so a lot of non-government jobs,” Shabat said.

Shabat said government services also tend to be delivered more efficiently in states with relatively dense populations, like Pennsylvania, than in more sparsely-populated ones.

And even though these figures don’t include active-duty military personnel, the armed forces — where they have a large presence — support large numbers of civilian jobs.

Pennsylvania is “not like, for example, Hawaii, where you have very large military bases that account for a big chunk of the economy,” Shabat said. Or “just imagine a state like Virginia, where military employment ranks very high because you have the Pentagon. You have the largest naval base in the world down in the Norfolk area, and there’s nothing quite like that in Pennsylvania.”

Here are the 50 U.S. states, ranked by percentage of all civilian jobs that are government jobs: 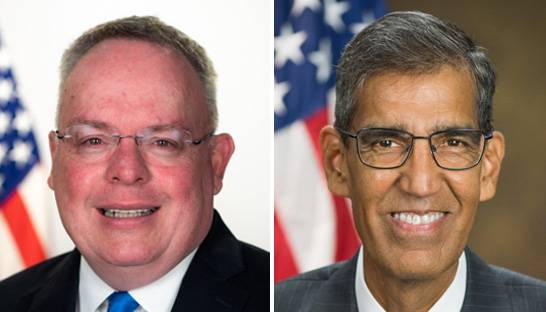