WASHINGTON — Amid a drop in public confidence in the Supreme Court and calls for increasing its membership, Chief Justice John G. Roberts Jr. devoted his annual year-end report on the federal judiciary on Friday to a plea for judicial independence.

“The judiciary’s power to manage its internal affairs insulates courts from inappropriate political influence and is crucial to preserving public trust in its work as a separate and coequal branch of government,” he wrote.

The report comes less than a month after a bipartisan commission appointed by President Biden finished its work studying changes to the federal judiciary. While that panel analyzed proposals like imposing 18-year term limits on justices and expanding, or “packing,” the court with additional justices, much of the chief justice’s report was focused on thwarting less contentious efforts by Congress to address financial conflicts and workplace misconduct in the judicial system. Both issues are the subject of proposed legislation that has drawn bipartisan support.

Gabe Roth, the executive director of Fix the Court, a nonprofit group that has called for stricter ethics rules for the Supreme Court, said the chief justice faced an uphill battle.

“Chief Justice Roberts is taking a page from his old playbook: acknowledging institutional challenges in the judiciary but telling the public that only we judges can fix them,” Mr. Roth said. “Yet the problems of overlooked financial conflicts and sexual harassment are serious and endemic, and there’s no indication they’re going away. So Congress has every right to step in and, via legislation, hold the third branch to account, which I expect to happen in 2022.”

Chief Justice Roberts addressed at some length a recent series of articles in The Wall Street Journal that found that 131 federal judges had violated a federal law by hearing 685 lawsuits between 2010 and 2018 that involved companies in which they or their families owned shares of stock.

“Let me be crystal clear: The judiciary takes this matter seriously,” the chief justice wrote. “We expect judges to adhere to the highest standards, and those judges violated an ethics rule. But I do want to put these lapses in context.”

In the scheme of things, he wrote, the number of violations was vanishingly small.

“According to The Wall Street Journal’s own data,” he wrote, “the 685 instances identified amount to a very small fraction — less than three hundredths of 1 percent — of the 2.5 million civil cases filed in the district courts in the nine years included in the study. That’s a 99.97 percent compliance rate.”

“Still,” he wrote, “this context is not excuse. We are duty-bound to strive for 100 percent compliance because public trust is essential, not incidental, to our function.”

He had discovered, the court said, that he owned 1,212 shares of the parent company of one of the parties in the case. The shares were worth more than $100,000, according to a financial disclosure report.

“The ordinary conflict check conducted in the chief justice’s chambers inadvertently failed to find this potential conflict,” a letter from a court official to lawyers in the patent case said.

In the report issued on Friday, Chief Justice Roberts called for more rigorous ethics training and better systems of conflict checks. He did not address a solution urged by many ethics experts: barring judges from investing in individual stocks.

Chief Justice Roberts also touched on what he called “the continuing concern over inappropriate behavior in the judicial workplace.”

The issue had been a topic in several of the chief justice’s reports since 2017, when Judge Alex Kozinski, who had served on the United States Court of Appeals for the Ninth Circuit for more than three decades, announced his retirement after The Washington Post reported that some 15 women had accused him of sexual harassment.

The women, many of whom had served as his law clerks, said Judge Kozinski had touched them inappropriately, made unwanted sexual comments and made them watch sexual materials on his computer.

Chief Justice Roberts wrote on Friday that the federal judiciary had taken many steps to make its workplaces safe, including revising its procedures to “provide robust mechanisms for reporting and addressing instances of misconduct.”

As is his custom, the chief justice began his report with a historical sketch. This year, it was of William H. Taft, who was appointed to be chief justice a century ago, after having served as president. Chief Justice Taft, a large man, was an energetic administrator.

“Taft sought to supplant the prevailing culture of isolation in which each judge was — in his words — left to ‘paddle his own canoe,’” Chief Justice Roberts wrote.

“Once you get past the image of ‘Big Bill’ paddling a canoe, consider that he knew well how to navigate the halls of Congress,” Chief Justice Roberts wrote, adding, “He threw his considerable political heft into creating the mechanisms of self-governance for federal courts across the country.”

Although Chief Justice Roberts did not address proposals to increase the size of his court or to impose terms limits on its members, he described with approval Chief Justice Taft’s efforts to preserve judicial independence.

“He understood that criticism of the courts is inevitable,” Chief Justice Roberts wrote, “and he lived through an era when federal courts faced strident calls for reform, some warranted and some not.”

The proper response, the current chief justice said Chief Justice Taft once observed, was “to remove, as far as possible, grounds for just criticism of our judicial system.”

Sun Jan 2 , 2022
HONOLULU (HawaiiNewsNow) – Jan. 1 is the first day Hawaii residents 21 years old and older can legally purchase and carry a stun gun or Taser for self-defense. The new law is strict compared to most states. Vendors would have to complete a background check on potential buyers and provide […] 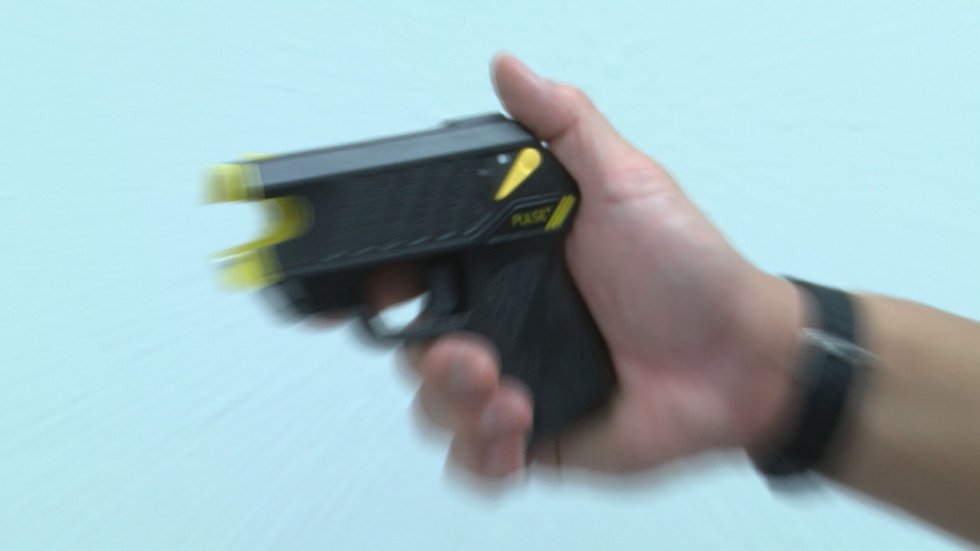