Facial recognition startup Clearview AI has agreed to restrict the sale of its massive collection of face images to settle allegations that it collected people’s photos without their consent. The settlement was reached in a case alleging the company violated Illinois’s Biometric Information Privacy Act (BIPA), considered the strongest data privacy law in the country.

The company in a legal filing Monday agreed to permanently stop selling access to its face database to private businesses or individuals around the U.S., putting a limit on what it can do with its ever-growing trove of billions of images pulled from social media and elsewhere on the internet.

The settlement — which must be approved by a county judge in Chicago — will end a 2-year-old lawsuit brought by the American Civil Liberties Union and other groups over alleged violations of Illinois’ data privacy law.

“Clearview can no longer treat people’s unique biometric identifiers as an unrestricted source of profit,” the ACLU’s deputy director for privacy Nathan Wessler said in a statement. ‘

The company still faces a separate privacy case before a federal judge in Illinois.

Clearview is also agreeing to stop making its database available to the Illinois state government and local police departments for five years. The New York-based company will continue offering its services to federal agencies, such as U.S. Immigration and Customs Enforcement, and to other law enforcement agencies and government contractors outside of Illinois.

“This is a huge win,” said Linda Xóchitl Tortolero, president of Chicago-based Mujeres Latinas en Acción, which works with survivors of gender-based violence.

Among the concerns raised by Tortolero’s group was that photos posted on social media sites such as Facebook or Instagram — and turned into a “faceprint” by Clearview — could end up being used by stalkers, ex-partners or predatory companies to track a person’s whereabouts and social activity.

It’s unclear how much Clearview’s shelving its database will cost the startup, which is a private company. Clearview’s attorney, Floyd Abrams, said the company is “pleased to put this litigation behind it.”

“The settlement does not require any material change in the company’s business model or bar it from any conduct in which it engages at the present time,” said Abrams, a lawyer known for taking on high-profile free speech cases.

He noted that the company was already not providing its services to police agencies in Illinois and agreed to the 5-year moratorium to “avoid a protracted, costly and distracting legal dispute with the ACLU and others.”

While Monday’s settlement “reins in Clearview’s practices significantly,” it should not end scrutiny of the company by federal and state lawmakers, Wessler said. Much of the strength of Clearview’s artificial intelligence technology — now a selling point for police and other uses — is that it was able to “learn” from all of the faces it scanned across the publicly accessible internet.

“This company’s approach was effectively a Silicon Valley mentality of let’s break things first and then figure out how to clean up the mess later in order to try to make a profit,” Wessler said. “They broke through a very strong taboo that had kept big tech companies like Google and others from building the same product that they had the technological capability to do.”

Fri May 13 , 2022
RICHMOND, Va. (WRIC) — A new policy aims to bring state employees back into the office and limit telework. Some say it risks making state government jobs less competitive with the private sector.   Gov. Glenn Youngkin supports what his administration is calling the first update to the state’s telework policy […] 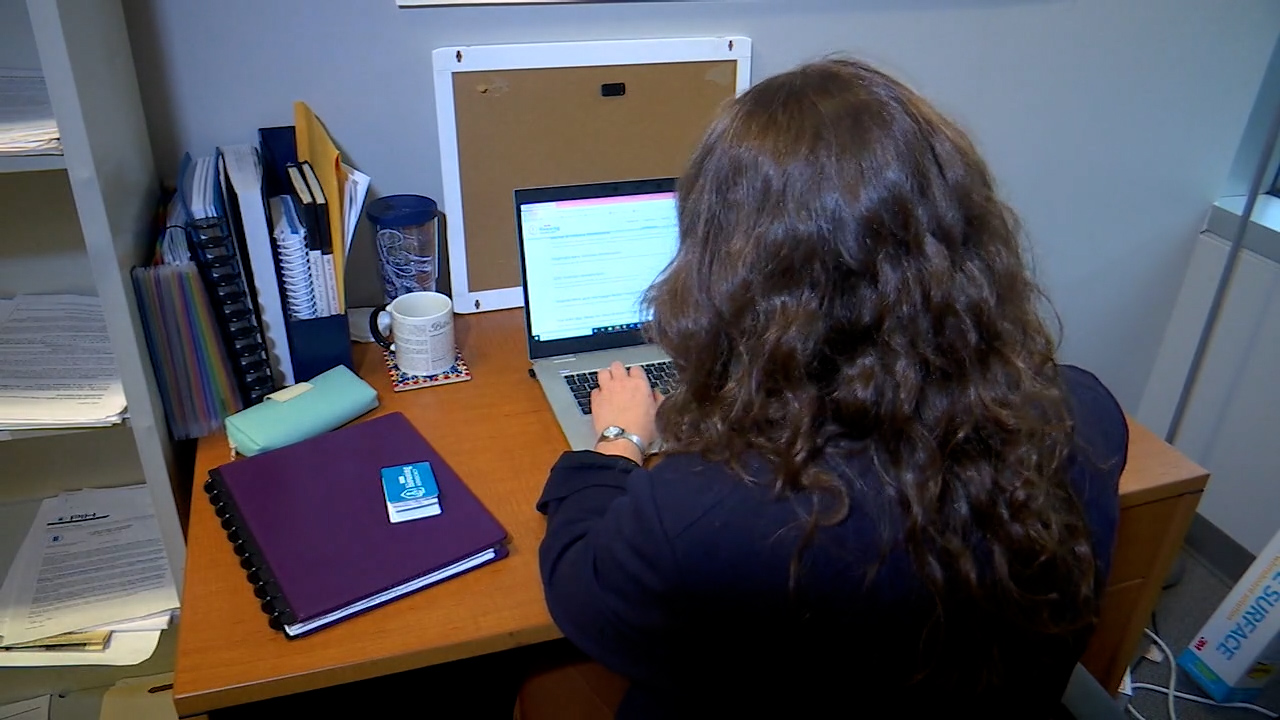