If the U.S. Supreme Court overturns Roe v. Wade, abortion providers and prosecutors in Arizona are unclear whether some procedures will still be permitted or whether they will be almost completely banned.

The big picture: Arizona still has an unenforced pre-Roe law on the books that bans all abortions except those necessary to save the life of the mother.

Yes, but: In April of this year, Gov. Doug Ducey signed a law banning abortions after 15 weeks of pregnancy, which is modeled after the Mississippi law that led SCOTUS to take up the issue of abortion rights in the first place.

The other side: Planned Parenthood of Arizona is uncertain about which law the state will enforce in the event that the Supreme Court reverses the 1973 Roe decision.

Of note: If the pre-Roe ban goes into effect, it would be illegal for people to perform abortions. But last year the legislature repealed a part of the law making it a felony for women to seek or obtain them.

Maricopa County Attorney Rachel Mitchell, a Republican who was appointed in April by the Maricopa County Board of Supervisors, said more guidance is needed to determine which law will be enforceable.

Though Mitchell will be county attorney when the court issues its opinion on Dobbs v. Jackson Women’s Health Organization, the case from the leaked opinion that would overturn Roe, she might not be in the job for long.

Meanwhile: For Gunnigle, the lone Democrat in the race, it’s sort of a moot point which law goes into effect because she said she won’t enforce either of them.

Reality check: Regardless of whether Gunnigle or other prosecutors are willing to enforce a ban, Fonteno said, Planned Parenthood of Arizona won’t provide abortions at all if the courts conclude that they’re illegal in Arizona.

What’s next: Planned Parenthood developed a ​​patient navigator program that will assist women in getting abortions in other states if Arizona’s pre-Roe ban goes into effect.

Battles Over Birth Control in Missouri Foreshadow a Post-Roe World

Wed Jun 15 , 2022
ROLLA, Mo. — For more than half a century, Tri-Rivers Family Planning has operated on a shoestring budget, providing contraceptives, pregnancy testing, treatment for sexually transmitted diseases and other reproductive health care to a mostly low-income and female clientele in the Ozark Mountains. The clinic has never performed abortions. But […] 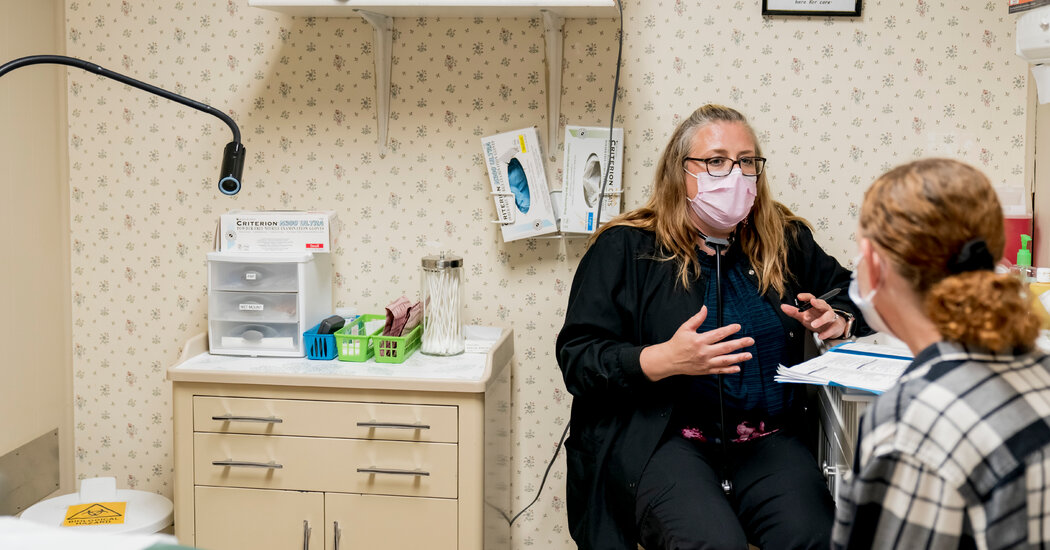