This is part four of Stateline’s 2022 State of the States series.

Both Republican and Democratic governors are pushing this year for higher pay—and in some cases, more training—for teachers, police officers, health care workers and other professionals who’ve proved essential during the coronavirus pandemic.

They’re framing their proposals both as a “thank you” to frontline workers and as an effort to recruit and retain them during a tight labor market. And because of a booming economy and federal COVID-19 relief aid, governors have plenty of money to spend.

“Right now we don’t have to choose—we are able to be fiscally responsible while making record investments in our people and in our future,” Kentucky Gov. Andy Beshear, a Democrat, said during his budget address this month.

He’s proposed giving all state employees a 5% raise and spending $400 million on what he called “hero” bonuses for essential workers such as nurses, grocery store clerks and bus drivers.

Yet despite general bipartisan support among governors for pay increases, Republican and Democratic lawmakers don’t always agree on who should get a raise or bonus and how much money should be spent on the incentives.

In Kentucky, for example, the Republican-controlled House last week passed a proposed budget that would increase state worker pay by 6% (which Beshear has said he supports) but wouldn’t give teachers a mandatory raise (which Beshear wants), instead allowing districts to choose whether to offer raises. Nor did it include the governor’s proposed bonuses for other essential workers.

Kentucky Senate President Robert Stivers, a Republican, said lawmakers would rather send more money to school districts and let them choose how to spend it. Lawmakers could be open to the essential worker bonuses, he said, if they are more narrowly aimed at workers who face a high risk of COVID-19 exposure on the job. “That’s where I think everyone is in somewhat of agreement,” he said.

With Too Few Nurses, It Won’t Take Much to Overwhelm Hospitals This Winter

The COVID-19 pandemic has underscored the importance of frontline workers, particularly in caring professions. Short-term staffing problems because of illnesses and quarantine rules have left hospitals straining to serve patients, schools struggling to teach children, and working parents scrambling to find child care.

Such critical jobs are harder to fill than ever. Right now, there are more open jobs in the United States than there are unemployed people looking for work. Fewer people have immigrated to the U.S. in recent years, more people are retiring, and workers are quitting at record-high rates.

There are several reasons for the resignations, economists say. Some workers are quitting because they’re burned out by the pandemic or because they can’t find child care. And with so many employers increasing pay and benefits to attract candidates, workers can more easily jump to a less stressful or more lucrative position.

Lawmakers know the public sector must adapt. “We’re going to have to be competitive with the private sector, and we know that,” Stivers said of state government jobs. “We know that to attract the talent we want, we have to change our pay scales.”

Politics also shapes pay increase proposals, however. For instance, some GOP governors want to give raises to law enforcement officers as a sign of support for an institution they say is under attack from the left. Some liberals have been calling for cuts to police funding, arguing that transferring some of that money to social services would do more to curb crime.

“As long as I’m governor, Georgia will always back the blue,” Republican Gov. Brian Kemp said during his state of the state address this month. Kemp, who’s up for reelection this year, has proposed $5,000 pay raises for state employees, including law enforcement, and $2,000 raises for teachers.

Beshear is up for reelection next year. Political concerns also could have influenced his proposal, said Jason Bailey, executive director of the left-leaning Kentucky Center for Economic Policy. “Probably there’s the role of some of this rhetoric around ‘defund the police’ that he doesn’t want to be associated with,” Bailey said of the governor.

Quit rates in fields such as education, health care and government are rising, as they are in other industries.

“You can see people moving out of teaching, and fewer teachers being hired,” said Brad Hershbein, senior economist and deputy director of research at the W.E. Upjohn Institute for Employment Research, a nonpartisan research organization based in Kalamazoo, Michigan. “And this also seems to be the case for health care workers—nurses in particular.”


COVID-19 has made many frontline jobs more stressful, worker advocates say. People in essential jobs run a higher risk of getting sick and of infecting their families.

Teachers have spent the past two years ping-ponging from online to in-person to hybrid instruction. Nurses are dealing with patients and families who are angry about mask rules or long waits in emergency rooms. Vaccination mandates have pushed out some workers who don’t want to get COVID-19 shots.

And as more people quit, pressure mounts on their colleagues to pick up the slack—making already tough jobs even tougher.

“We had staffing shortages prior to COVID, and COVID has just exacerbated that,” said Delanor Manson, chief executive officer of the Kentucky Nurses Association, a professional group based in Louisville.

Nurses are exhausted, feeling unappreciated and leaving for less stressful jobs, she said. Or they’re leaving to work for travel nurse agencies, which send nurses on short-term assignments around the country and can pay them three or four times more than a hospital. Meanwhile, fewer people are enrolling in Kentucky nursing schools, she said. “Last year, we had 1,700 seats open.”

Education workers also are burning out and looking for a better deal. “The workload has increased exponentially over the last several years, and especially with COVID, people are just mentally exhausted, and they are looking for other careers,” said Eddie Campbell, president of the Kentucky Education Association, an advocacy and lobbying group.

He pointed out that it’s not just teachers who are quitting. So are school transportation, food service and custodial workers. “Other jobs are pulling them away at higher rates of salary,” he said.

And it’s also getting harder for state agencies to fill key jobs, such as snowplow drivers, social workers and state troopers.

“I’ve been a trooper for 21 years, and currently our manpower numbers are the lowest that they’ve been in my entire career,” said Sgt. Michael Murriell, the commander of the recruitment branch for the Kentucky State Police. There are about 300 state police jobs open, he said, which is about a third of the jobs for which the state typically has the budget.

“We’ve been seeing an average of about five resignations per month, just because of pay in the private sector being what it is currently,” Murriell said.

Past underinvestment in school and state employees has contributed to today’s hiring problems, said Dave Kamper, senior state policy coordinator for the Economic Analysis and Research Network at the Economic Policy Institute, a left-leaning think tank based in Washington, D.C.

Over the past decade, states have cut pension benefits and failed to ensure pay keeps up with inflation.

“This is the chickens coming home to roost, for a decade of public sector neglect after the Great Recession,” Kamper said. “You had an incredibly brittle public sector before this pandemic hit. And you’re seeing now that it just cannot hold anymore.”

Competing with the Private Sector

Unexpectedly high revenues and federal COVID-19 relief funds give state leaders an opportunity to address the problem this year. States can use federal dollars from last year’s mammoth American Rescue Plan Act to offer bonuses to essential workers and grow the public sector workforce by up to 7.5%.

Kentucky has a $1.9 billion budget surplus and an additional $1 billion in federal relief funds in the bank, Beshear noted in his budget speech. That’s almost 9% more money than the state spent in fiscal 2019.

Kentucky Democrats say it’s about time to invest in state workers. “State employees haven’t seen a meaningful raise in Kentucky in 13 years,” said state Sen. Morgan McGarvey, the minority floor leader. McGarvey added that no state employees, other than teachers, have been eligible to receive a defined-benefit pension since 2014.

“There’s really been kind of a shortchanging of state employees,” he said.

Governors around the country agree, pitching plans to recruit and retain key workers, especially police and teachers, though not necessarily at the same proposed wage increase.

Desperate for State Workers, Governors Offer Raises to Keep Them

Some state leaders also support retention bonuses. Iowa Gov. Kim Reynolds, a Republican, said the state will give a $1,000 bonus to all law enforcement and corrections officers. She also announced a $1,000 bonus for teachers who have worked through the pandemic. Florida Gov. Ron DeSantis, a Republican, has proposed $1,000 bonuses for teachers and both a 25% pay bump and $5,000 signing bonuses for state law enforcement officers.

Democratic lawmakers in Oregon have proposed $1,000 bonuses for people who worked risky, low-wage public- and private-sector jobs in the first year of the pandemic.

Lawmakers and governors don’t necessarily agree on all the details. Kentucky Democrats say they’re disappointed to see teacher pay raises left up to school districts in the House Republican budget, for instance.

“It feels like we’re not prioritizing teachers, and I’m worried that we’re going to have winners and losers when we give that decision to local school districts,” said Rep. Angie Hatton, the minority whip, during the House Appropriations Committee meeting last week.

Advocates for teachers say that ideally, teachers would get a raise annually to ensure their pay keeps up with the cost of living. “We would love to see consistent pay raises every year, so we’re not falling behind,” said Campbell, of the Kentucky Education Association.

He said his association also wants a minimum $40,000 annual starting salary for teachers across the state. Right now, salaries vary from district to district. The state minimum starting salary is about $28,000, according to the association.

Although lawmakers recognize the need to compete with private-sector wages, the decisions they make are motivated by more than just economics, said Bailey, of the Kentucky Center for Economic Policy.

“It’s a political decision,” he said. “It’s not a business decision.”

Fri Jan 28 , 2022
Jennifer is one of five partners to join Ropes & Gray in the past month. In December, the firm added private equity partner Brandon Howald in Los Angeles. In January, the firm welcomed IP transactions partner Ed Sadtler and M&A partner Suni Sreepada, both in New York, and capital solutions […] 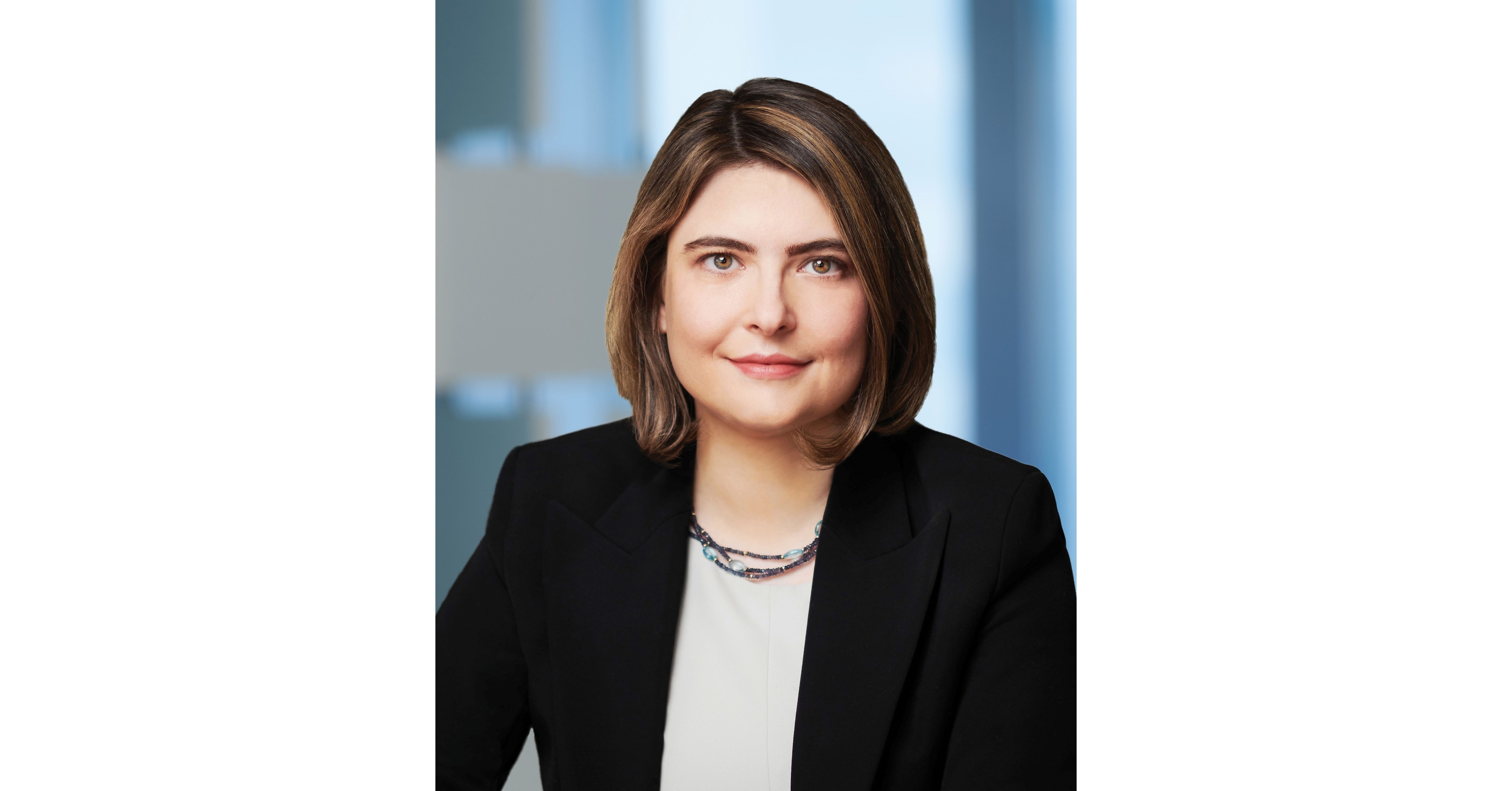