Elected officials in the crosshairs of federal investigators shouldn’t be able to dip into their campaign funds to pay defense attorneys, a freshman alderman says — but a lawyer for his maligned predecessor’s ward organization says there’d have to be a change in state law to cut off politicians’ legal piggy banks.

Illinois’ highest court is now deliberating that contentious issue — or most of the court, that is. Two jurists have recused themselves from the case, including Chief Justice Anne Burke, whose indicted husband Ald. Ed Burke (14th) has shelled out about $2 million in campaign cash to lawyers involved in his public corruption case.

The five remaining state Supreme Court justices heard arguments Wednesday hinging on whether the high-priced criminal defenses that so many Illinois officials have had to pony up for amount to “personal” expenses prohibited by campaign finance law.

The legal saga started in 2019 when Ald. Byron Sigcho-Lopez filed a complaint alleging that Danny Solis, the former 25th Ward alderperson he replaced, improperly used $220,000 from his campaign fund to cover legal fees as he found himself under the federal microscope in a sprawling public corruption probe.

“Let’s be clear: the $220,000 Danny Solis owed … is what is normally considered a personal debt,” Sigcho-Lopez’s attorney, Adolfo Mondragon, argued before the state Supreme Court in Springfield.

“It wasn’t a campaign debt because he wasn’t running for office, and it can’t be said to be a business debt or a public debt — it’s a personal debt, because the legal services the firm provided were for the direct satisfaction of Solis’ criminal defense needs.”

But attorney Michael Dorf, representing the 25th Ward Regular Democratic Organization, noted that while state law explicitly bans the use of campaign funds for clothing, club membership dues, tuition and other perks, “there is no prohibition against the payment of legal fees.”

Dorf said the issues raised by Sigcho-Lopez are “completely appropriate for consideration” by the General Assembly, but not by the court.

Facing pushback from Justice Michael Burke — a Republican with no relation to the chief justice or the federally charged alderman — Dorf argued that Solis’ legal fees ​​were expenses the Illinois State Board of Elections “has said for years were accepted.”

Solis — who hasn’t been charged as he cooperates with prosecutors — and Ed Burke are only two of the current and officials who have been scrutinized over a practice that has long been commonplace for politicians statewide.

Suburban leaders have taken advantage of the law, too. Ex-Crestwood Mayor Lou Presta milked his campaign fund for $25,000 to cover his criminal defense costs before he resigned and pleaded guilty to a bribery charge last fall.

There’s no set timeline for the Illinois Supreme Court to issue an opinion. Deliberations typically take a few months.

Wed Jan 26 , 2022
Gide Loyrette Nouel has announced a refresh of its administrative team, creating the new post of chief digital officer “to better respond to the challenges of its clients and teams,” according to the firm. The additional director, as well as new heads of human resources and finance, bring long experience […] 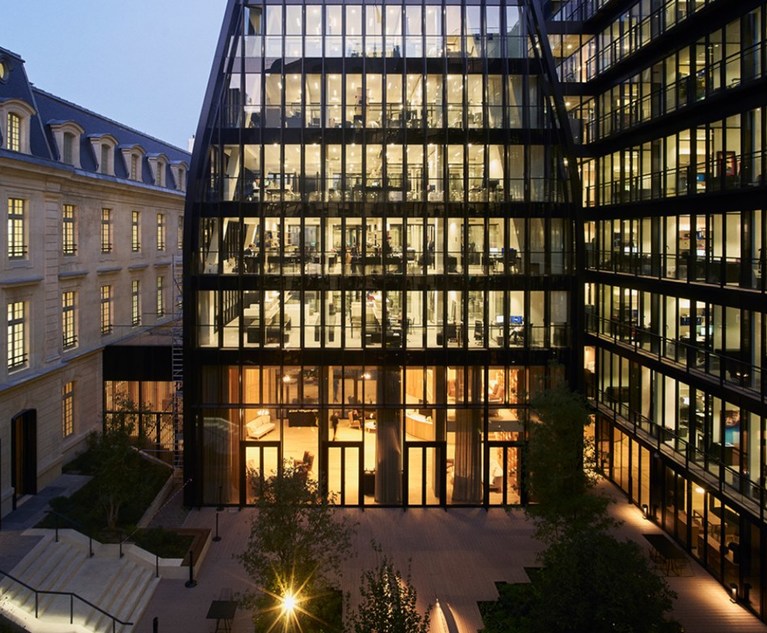