As arguments approach in the most significant Supreme Court environment battle of the decade, teams of lawyers are already making their case for how the justices should view EPA’s climate authority.

When the justices take the bench on Feb. 28 to hear arguments in West Virginia v. EPA, they will arrive armed with information from reams of briefs prepared by some of the nation’s leading environmental lawyers.

Those attorneys’ arguments will lay the groundwork in a high-stakes case that has the potential to upend EPA’s ability to regulate greenhouse gases from power plants — one of the nation’s largest sources of carbon dioxide emissions.

The challenge — brought by Republican-led states and coal companies — asks the Supreme Court to overturn a ruling by the U.S. Court of Appeals for the District of Columbia Circuit that struck down a Trump-era EPA rule gutting the Obama-era Clean Power Plan.

After the D.C. Circuit ruling, President Biden’s EPA had a clean slate to craft its own rule. The agency had said it would not return to the Clean Power Plan, whose goals have already been met by the power sector, even though the regulation never took effect.

The justices then took the unusual step of agreeing to hear a dispute over a regulation that does not technically exist.

Their ruling in the case, which is expected by next summer, could not only constrain EPA from issuing a comprehensive new carbon rule but also prevent Congress from handing off broad regulatory authority to federal agencies.

Here are some of the lawyers to know in this year’s high court climate slugfest:

Leading the briefs for West Virginia is Lindsay See, the state’s solicitor general.

The coal-rich state, joined by 18 others, filed the first plea for the Supreme Court to weigh in on EPA’s climate authority. It was followed by three other petitions, which are now consolidated in one massive case.

See has served as West Virginia’s leading litigator since 2017 and previously worked as an associate at Gibson, Dunn & Crutcher LLP, a firm with a prominent Supreme Court practice.

She has appeared once before the nation’s highest bench, in a 2018 case related to a discrimination challenge against an exemption in West Virginia tax law that protected state and local — but not federal — employees from having their pension benefits taxed. West Virginia lost the case.

West Virginia Attorney General Patrick Morrisey (R) and other state lawyers said the D.C. Circuit should not have allowed EPA to regulate power plant emissions under a “rarely used, ancillary provision of the Clean Air Act.” They referred to Section 111(d) of the statute, which served as the basis for the carbon rule.

“Save for a few general factors EPA was to take into account, the lower court told EPA it has ‘no limits’ on the emission-related measures it can impose — on any economic sector or almost any actor,” says the states’ most recent brief, which was signed off on by See.

One other state has echoed West Virginia’s arguments in a petition and brief led by a lawyer who has been involved in the EPA carbon rule battle since the Clean Power Plan days.

Paul Seby, a shareholder at the firm Greenberg Traurig LLP and special assistant to North Dakota Attorney General Wayne Stenehjem (R), signed off on a brief that said the D.C. Circuit ruling “undermines the cooperative federalism framework carefully crafted by Congress” by finding that EPA — rather than states — can set power plant performance standards.

North Dakota v. EPA is one of the four petitions in the consolidated Supreme Court case.

Seby has argued against EPA carbon regulations before, back when the Clean Power Plan was before the D.C. Circuit. The court held a marathon argument over the regulation in 2016 but never reached a ruling.

Earlier that year, the Supreme Court had blocked the rule from taking effect, which allowed the Trump administration to dismantle it.

Seby holds a bachelor’s degree from the University of San Diego and a law degree from Lewis & Clark College.

One of the other lead petitioners in the climate case, Westmoreland Mining Holdings LLC, hired Andrew Grossman to make its case to the high court.

Grossman leads BakerHostetler’s appellate practice and is a frequent conservative commentator on wide range of administrative and constitutional issues.

Grossman is an adjunct scholar at the libertarian Cato Institute and a former legal analyst at the Heritage Foundation. He’s also a familiar face on Capitol Hill, having testified several times before the House and Senate Judiciary committees.

In Westmoreland’s petition, Grossman raised what some environmental advocates referred to as a killer question: whether EPA may use Section 111(d) to create performance standards for existing stationary sources under the provision’s “hazardous air pollutants” program.

The justices granted the petition alongside others, but they said they would only consider the second question posed by Westmoreland’s petition: whether EPA’s carbon rule violated the major questions doctrine, which restricts federal agencies from deciding issues of “vast economic and political significance.”

Like the other challengers, the coal company argues that EPA and the D.C. Circuit have taken far too broad a view of federal climate authority under the Clean Air Act.

Roth comes to the EPA climate case with lots of experience before the Supreme Court. He was the brainchild behind an argument that led the Supreme Court to overturn convictions in the New Jersey “Bridgegate” scandal.

He has also fought to preserve restrictive voting laws in Arizona and to dismantle the Obama-era Affordable Care Act.

He is a graduate of Harvard University and York University.

Before the Supreme Court agreed to hear West Virginia v. EPA, Elizabeth Prelogar had argued on behalf of the federal agency that it was too early for the justices to get involved.

The solicitor general noted in a brief filed in August that Biden’s EPA has not yet written a new carbon rule and has no plans to revive the Obama plan.

EPA instead intends to issue a new rule “after taking into account all relevant considerations, including changes to the electricity sector that have occurred during the last several years,” she wrote.

Prelogar, who was confirmed in late October, has already made several appearances before the Supreme Court, including in one case in which she argued on behalf of the federal government against abortion laws in Mississippi and Texas.

Since her appointment as acting solicitor general in January, Prelogar has also led Supreme Court briefs in several environmental cases, including one in which the Biden administration backed efforts by the developer of the PennEast natural gas pipeline to acquire state-owned land in New Jersey (Energywire, March 10, 2021). The pipeline company won its case, but the project was eventually canceled.

Prelogar, a Harvard Law School graduate, has previously served as assistant to the solicitor general and has worked in private practice. During a prior stint at the Justice Department, she served on the special counsel’s investigation into Russian meddling in the 2016 election.

She clerked for Attorney General Merrick Garland when he was a judge on the U.S. Court of Appeals for the District of Columbia Circuit and for Supreme Court Justices Ruth Bader Ginsburg and Elena Kagan.

Prelogar is the second woman to be confirmed as solicitor general. Kagan was the first.

Environmental groups that support broad EPA regulatory authority have turned to an experienced Supreme Court litigator to represent them in the case: Sean Donahue.

Donahue has been a go-to lawyer for environmental groups and public health advocates in some of the most high-profile litigation of the last decade, including Clean Air Act and climate cases.

He’s also represented environmentalists in key cases on the social cost of carbon for fuel economy and vehicle emissions standards.

Donahue and his team, including the Environmental Defense Fund’s Vickie Patton, will have a challenging task ahead of them. Several conservative justices have signaled skepticism of doctrines requiring them to defer to agency expertise, and the current case appears to be a coordinated effort to curtail EPA’s regulatory authority broadly.

In an interview, Donahue said once again it may be an environmental case that set an important precedent for administrative law.

“Statutes like the Clean Air Act,” he said, “necessarily depend upon expert agencies to apply Congress’ health and environmental directives to complex factual records, developing technologies, about particular industries and pollutants.”

Another attorney with Supreme Court experience is making the case for electric utilities that want to preserve the D.C. Circuit decision striking down the Trump-era carbon rule.

Before the justices granted the case, Covington & Burling LLP partner Beth Brinkmann led a brief on behalf of Consolidated Edison Inc. and other companies that said Supreme Court review of a nonexistent regulation would run the risk of a “ruling untethered to actual circumstances.”

Moreover, she wrote, the red states and coal companies are seeking relief from the justices even as the power industry has achieved the Clean Power Plan’s 2030 emissions reductions targets more than a decade in advance — even though the rule never officially took effect.

“Those changes, which include reductions in the cost of emission-reduction technologies and increasing consumer preferences for clean power, have only accelerated since adoption of the ACE Rule,” she wrote.

She has also worked in the appellate practice at the firm Morrison & Foerster and as an assistant federal public defender representing indigent criminal defendants.

Brinkmann is a graduate of the University of California, Berkeley, and Yale Law School. She clerked for the late Supreme Court Justice Harry Blackmun.

A utility industry group that opposes EPA’s ability to craft rules like the Clean Power Plan has staffed its legal team with an attorney who, at only 43 years old, has already made a significant impact on environmental law at the Supreme Court.

Elbert Lin was the lawyer who secured the unprecedented stay of President Obama’s climate regulatory regime, the Clean Power Plan, in 2016 while he was West Virginia’s solicitor general.

Lin said in an interview that his interest in environmental and administrative law was born out of necessity when he was West Virginia’s solicitor general. It was during Obama’s second term, and the administration was promulgating many major environmental rules, including the Clean Power Plan.

“Environmental regulations were of significant importance of the state,” he said.

Now in private practice at the firm Hunton Andrews Kurth LLP, Lin is back in the EPA carbon rule litigation, representing America’s Power, a trade association of companies that produce electricity from coal.

Lin, who is the son of Taiwanese immigrants, has also argued key Clean Water Act cases at the high court. He argued on behalf of Maui, Hawaii, in a case over whether a federal permit is required for pollution that is pumped underground but eventually reaches the ocean.

The Supreme Court delivered a new test for determining whether a permit was needed, and a federal judge in Hawaii later sided with environmental groups arguing that Maui should have secured a Clean Water Act approval (Greenwire, Oct. 21, 2021). Legal experts say they are watching to see how other courts apply the Supreme Court’s test.

Lin attended Yale for undergrad and law school, and he clerked for a federal appeals court judge and Supreme Court Justice Clarence Thomas.

Meet the lawyers teeing up the Supreme Court climate showdown 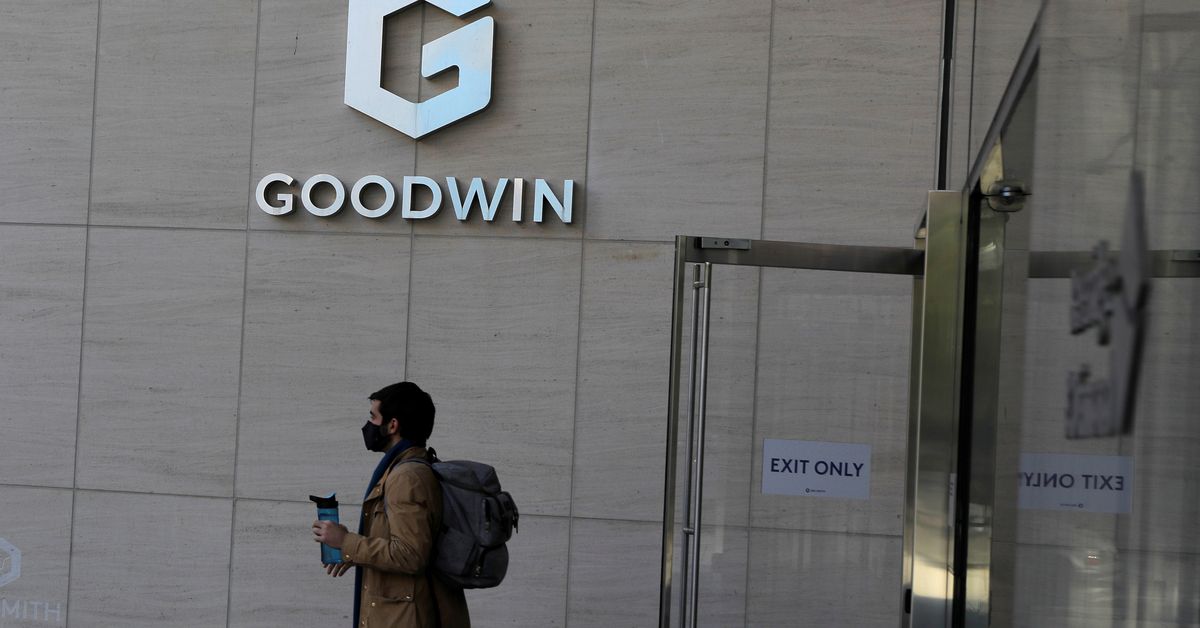