If you would have believed the Labor Department, August and September looked to be signaling a jobs market that was just about out of gas.

Initial readings from the department’s Bureau of Labor Statistics indicated that August had seen payrolls growth of just 235,000, while September was stuck at 194,000. Both were well below Wall Street expectations at the time.

But what a difference a couple of months can make.

By the time the BLS was finished with its counting, August had come all the way up to 483,000, more than doubling the initial estimate. September, meanwhile, saw its final revision put at 379,000, nearly doubling the first count.

The BLS issues revisions in the subsequent two months after the initial report.

Such wild changes have been commonplace this year. In fact, revisions from the first estimate to the third and final release have added nearly 1 million jobs to the initial releases — 976,000 to be exact, through October. By contrast, 2019 saw revisions for the entire year total just 101,000 and the pandemic-scarred 2020 saw a net loss of 719,000.

The Labor Department did not immediately return a request for comment on the revisions.

Wall Street took a cautious approach in evaluating what looked like a hugely disappointing performance in November as nonfarm payrolls increased 210,000, well below the 573,000 Dow Jones estimate.

“Although the headline November jobs number was disappointing, the overall report was much better,” said Gus Faucher, chief economist at PNC Financial Group. “In recent months the BLS has been consistently revising job growth much higher as more complete employer records become available, and the big jump in November employment in the household survey also indicates that an upward revision is likely.”

Indeed, most other labor market indicators have been strongly positive.

Weekly jobless claims, for instance, posted their lowest total since 1969 two weeks ago, and last week’s 222,000 was still more in keeping with what the jobs market looked like prior to the pandemic rather than the strains associated with the period since March 2020.

If the November count keeps pace with the revisions of 2021, the final report should be around 300,000. That would be well below the 11-month year-to-date average of 555,000. However, the past three months have averaged upward revisions of 193,000, meaning that the most recent totals could move considerably higher.

N.Y.C. to Mandate Vaccines for Employees at Private Businesses

Tue Dec 7 , 2021
New York City unveiled plans on Monday to require on-site employees at all private businesses, from bodegas to multinational banks, to get vaccinated — the most sweeping local mandate in the country and one that is intended to limit the spread of the new coronavirus variant this winter. The mandate, […] 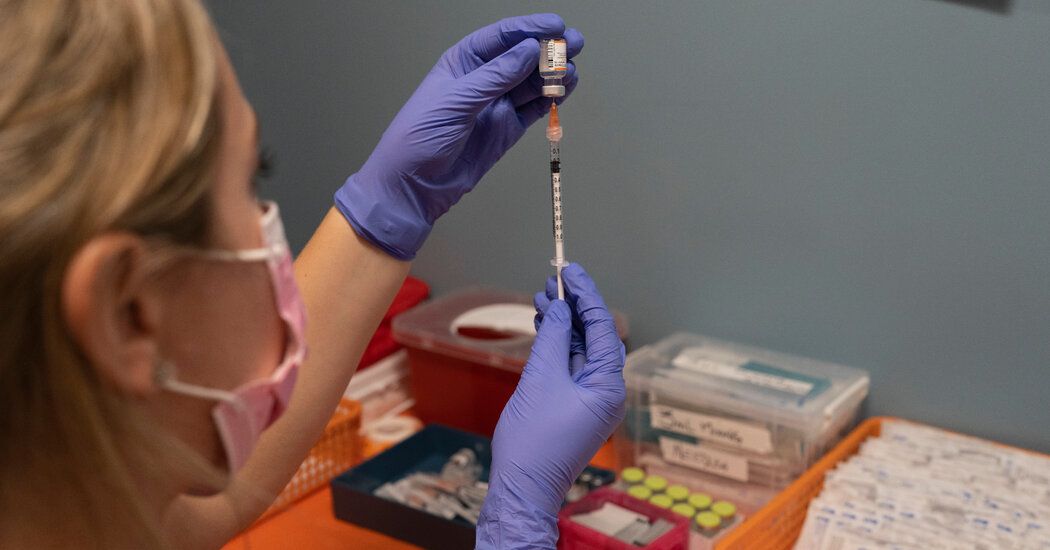