Lynch, a partner at Paul, Weiss, Rifkind, Wharton & Garrison, is working with the law firm’s chairman Brad Karp on the litigation, according to four sources familiar with the situation. The Dolphins, also named as a defendant in the Flores case, and their real estate billionaire owner Stephen Ross have turned to Quinn Emanuel Urquhart & Sullivan litigator William Burck, the sources said.

Bruce Beal Jr., president of the Ross-controlled Related Cos., has right of first refusal to take control of the Dolphins. Beal is being represented by Boies Schiller Flexner partner Joshua Schiller—who returned to the firm last year after a three-month leave of absence stemming from domestic abuse charges that were later dropped—said three sources knowledgeable of the matter.

The NFL, Dolphins, Beal, and the three firms declined to comment.

Flores, who is Black and Hispanic, was fired by the Dolphins in January and was not subsequently chosen to fill several NFL head coach openings. His complaint cited statements from some league executives, including attorney and chief diversity and inclusion officer Jonathan Beane, about the NFL needing to do more for minorities.

Flores is represented by Douglas Wigdor, the New York trial lawyer behind bombshell discrimination and harassment lawsuits against Fox News, disgraced film producer , and Goldman Sachs Group Inc. John Elefterakis is co-counsel to Flores. Both lawyers said Flores wasn’t hired this month by the Houston Texans to fill their head coach vacancy because of the suit.

The NFL in a recent statement called Flores’ bias claims meritless and said diversity is core to its mission. The league said it would investigate a specific allegation in his lawsuit, accusing Ross of offering the former Dolphins coach a $100,000 bonus for each game lost during the 2019 season.

NFL.com, a news website owned by the league, reported Monday that violations of competitive integrity rules could force Ross to sell the Dolphins. Three-fourths of the NFL’s 32 team owners would need to vote Ross out of the league.

Beal, a longtime Ross lieutenant at Related, was approved by NFL owners in 2016 to take control of the Dolphins if Ross no longer controls the franchise. Boies Schiller has previously represented Related in court and is a tenant in the company’s Hudson Yards development in Manhattan.

Joshua Schiller, the son of a Boies Schiller co-founder, was detained in relation to allegations of domestic violence in January 2021 stemming from an incident involving his wife at their home in Ross, Calif. He returned to Boies Schiller following an investigation by an outside law firm. A local district attorney declined to prosecute Schiller, saying said he could “no longer prove the case beyond a reasonable doubt.”

The NFL has enjoyed a longtime relationship with Paul Weiss, which since 2007 has had a role on nearly 25% of all cases involving the league in U.S. federal courts, according to Bloomberg Law data. Paul Weiss’s Karp has for years handled concussion and benefits litigation for the NFL. He also leads the Wall Street firm, which is among the most profitable in the country.

Lynch ran the Justice Department for two years during the Obama administration and joined Paul Weiss in 2019. She was tapped by the New York-based NFL in late 2020 to work on an inquiry into claims of misconduct involving owners of what was then called the Washington Football Team.

That team, controlled by Daniel Snyder and formerly known as the Redskins, adopted the Commanders nickname earlier this month. The Washington Commanders and Snyder are also now the subject of another NFL investigation into allegations of sexual harassment in the workplace.

Paul Weiss also has ties to the Dolphins, having handled a bullying investigation for the team in 2014 that found some players used homophobic and racist slurs around a teammate. James Turner, a former Dolphins offensive line coach, unsuccessfully sought to sue Paul Weiss for defamation over the report it issued in that matter.

That report led Ross, a former tax lawyer who was advised by Paul Hastings on his $1 billion acquisition of the Dolphins in 2009, to form the Ross Initiative in Sports for Equality Inc. RISE, as the New York-based nonprofit organization is known, is led by CEO Diahann Billings-Burford, a longtime advocate for anti-discrimination efforts and a former associate at Simpson Thacher & Bartlett.

Billings-Burford didn’t respond to a request for comment about Flores’ lawsuit.

The business of the NFL, the richest professional sports league in North America, carries on. The Super Bowl last weekend drew more than 112 million viewers. The Broncos, a team named in Flores’ lawsuit, have retained Proskauer Rose for a sale that could fetch the franchise a potential $4 billion price tag.

Sun Feb 27 , 2022
Published: Updated On – 08:46 PM, Sat – 26 February 22 Battari Dhanujay Peddapalli: Nowadays, it is a tough task to get a single government job. Educated people have to work hard to get a lower grade post in any of the government departments. Surprisingly, a youngster in this district […] 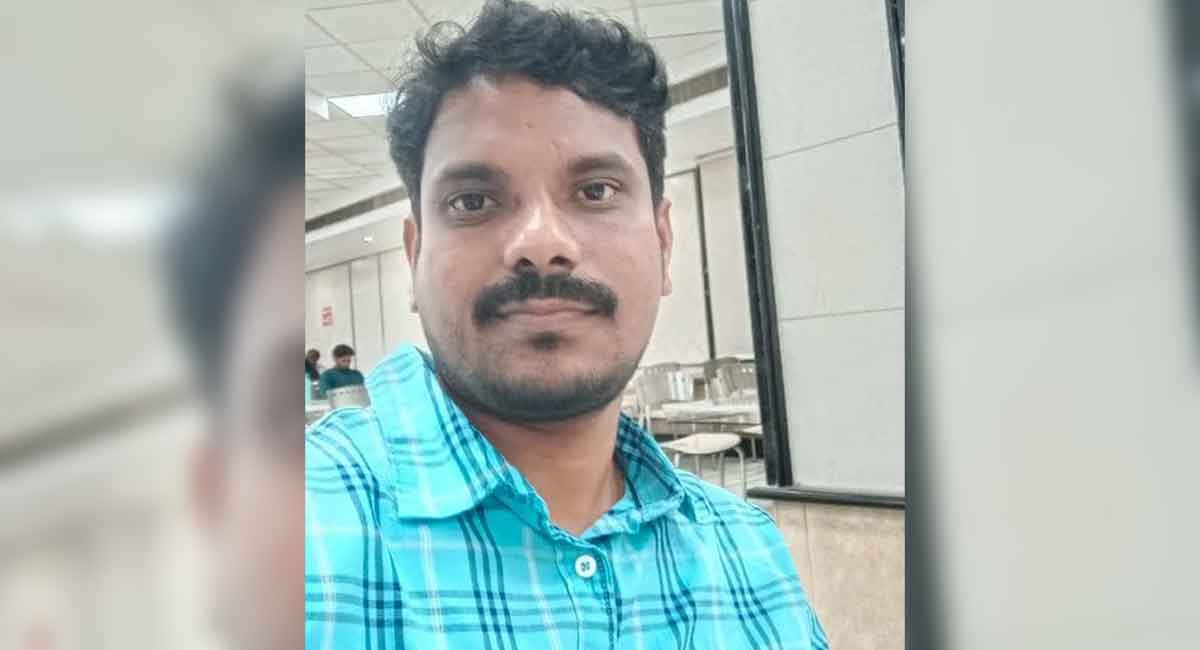