GREENEVILLE, Tenn. (WJHL) – A small share of a $573 million opioid lawsuit settlement may be a drop in the bucket compared to the damage Oxycontin has wrought in Northeast Tennessee, but an area lawyer said the region’s counties deserve every penny they can get from national consulting firm McKinsey.

Greeneville attorney Crystal Jessee is among lawyers representing seven East Tennessee counties in a suit against McKinsey for what they say is its role in exacerbating the opioid crisis.

McKinsey served as a consultant to Purdue Pharma following a $600 million 2007 settlement in which Purdue admitted to misbranding Oxycontin and the suit says the consultancy helped Purdue maximize Oxycontin sales over the next several years even as Purdue operated under a strict “Corporate Integrity Agreement.”

When sales could have been expected to decline because of those restrictions, the suit says Purdue’s Oxycontin sales tripled from $1 billion in 2007 to $3 billion in five years.

“McKinsey took what they were doing and exploited it, and it was a conspiracy between the manufacturers, the distributors and the marketing agents as well as the local doctors that once they started pushing the pills they never quit,” Jessee told News Channel 11 Friday.

Of the seven counties party to the suit, four are in the News Channel 11 viewing area: Greene, Hawkins, Johnson and Washington.

Jessee said the damage to Northeast Tennessee communities has been so severe that they need some guarantee that an appropriate amount of Tennessee’s share will flow to them. In addition, she said, the settlement is for damages suffered by the states, and she and fellow plaintiffs’ attorneys believe the damage to counties is just as severe and could be worth a second settlement.

Bearing the brunt of a plague

“It is more predominant in Northeast Tennessee,” Jessee said of the opioid crisis. “A lot of it’s our geographic makeup, a lot of it is because of the way they manufactured and marketed in East Tennessee and specifically in Upper East Tennessee. It is devastating.”

One result was the eventual addiction of people that weren’t typical drug seekers, and certainly not of street drugs.

“This is a group of people that would go to their doctor and take the prescription as the doctor prescribed because they trusted the doctor.”

They include a friend Jessee said she played high school basketball with.

Years of high addiction levels per capita have created a strain on local governments and social support systems ranging from law enforcement and the court system to health care systems, EMS and schools, Jessee said.

Already, area counties have opted into a settlement with the three largest drug distributors and another opioid manufacturer, Johnson & Johnson. Jessee said that will pay out for several years starting in July.

“So money will be coming back to counties for abatement and treatment as well as damages for past issues they’ve had to fund,” she said.

How the company sold more pills and how McKinsey helped

The lawsuit claims that Purdue wasn’t equipped internally to maximize sales in light of the Corporate Integrity Agreement (CIA). It says the Sackler family, Purdue’s owners, wanted to distance themselves from the company, wounded as it was in terms of public perception, but that they wanted to maximize its profitability in the meantime.

McKinsey, which specializes in helping high-powered clients solve complex problems, stepped in and according to the lawsuit “played an integral role in creating and deepening the opioid crisis.”

The suit says McKinsey had to “thread the needle” between complying with the CIA and increasing sales and that it did so, “turbocharging the sales of a drug it knew fully well was addictive and deadly, while paying at least tacit respect to the Corporate Integrity Agreement.”

It says McKinsey used a “granular” approach to marketing and said they thought Purdue could generate up to $400 million in additional annual sales by using their strategies. These included targeting physicians known to have higher rates of prescribing opioids.

Along with focusing on retailers with high sales and areas prone to higher use, the “physician segmentation” initiative was part of “Project Turbocharge.”

As it sold that plan to Purdue, the suit alleges, McKinsey stated that “the most prolific OxyContin prescribers wrote ’25 times as many OxyContin scripts’ as less prolific prescribers, and urged Purdue and the Sacklers to ‘make a clear go-no-go decision to ‘Turbocharge the Sales Engine’ by devoting substantial capital toward McKinsey’s plan.”

Along with marketing initiatives designed to “counter emotional messages from mothers with teenagers that overdosed in (sic) OxyContin,” the strategies appeared to work for Purdue. Sales went from $1 billion in 2007 to $3 billion in 2010 according to the suit.

The result was a “severe public health crisis,” the lawsuit alleges — one that created and still contributes to significant economic damages including public health costs, opioid-related crimes and emergencies, criminal justice and public safety.

As lawsuits mounted over the past few years, McKinsey eventually issued its own statement about its past work with Purdue. That came Dec. 5, 2020.

“(W)e recognize that we did not adequately acknowledge the epidemic unfolding in our communities or the terrible impact of opioid misuse and addiction on millions of families across the country,” the statement reads, adding that the company stopped working on any opioid-specific business in 2019.

The statement added that McKinsey’s work with Purdue was designed to support legitimate use of opioids, “and any suggestion that our work sought to increase overdoses or misuse and worsen a public health crisis is wrong.”

But it acknowledged McKinsey’s “responsibility to take into account the broader context and implications of the work that we do. Our work for Purdue fell short of that standard.”

Jessee said while McKinsey may not have “sought to increase overdoses,” the practical effect of their involvement was to do just that.

“They absolutely knew what they were doing, they knew it was addictive and they targeted the areas that they believed would give them the most money and sales revenue,” she said.

The lawsuit uses the RICO statute, and Jessee said the collusion between so many people involved in the chain of opioid production, distribution, prescribing and sales amounted to a conspiracy.

“It was a conspiracy by all factions and everyone had a duty to report and do something about it and they did nothing.”

Even though fighting the various entities involved in opioids is very expensive – and she said more lawsuits are likely pending against retailers and others — Jessee said “we have to do something.”

That goes for both children and efforts at prevention as well as current people suffering from addiction as heroin, fentanyl and methamphetamine have largely supplanted opioids.

“If we don’t step in and do something starting with children in as early as second grade we’re not going to fight this. We have to start at some level.”

And area counties are far from flush with resources, she added.

“I think it opens up avenues that these counties wouldn’t normally have because we’re poor. We represent some of the poorest counties in the state that have the worst addiction problems, and I hate to say it but the best that some of the counties can offer is a jail for rehabilitation, and we need something else because we’ve got to fight it long term.”

Tue Dec 14 , 2021
What is considered to be a small business in Maryland? To understand the same why not, let’s dive into this informative piece consisting of various Maryland small business law and legal issues overview. Isn’t it exciting? So it is time to go on the exciting journey of getting everything served […] 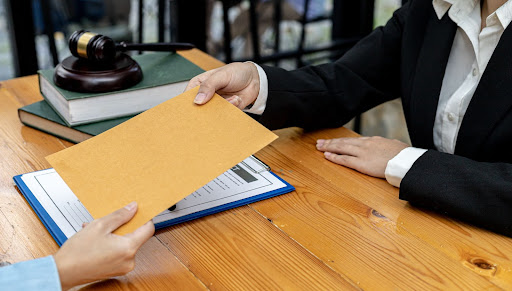