Sign up for The Brief, our daily newsletter that keeps readers up to speed on the most essential Texas news.

With Texas poised to automatically ban abortion if the U.S. Supreme Court overturns Roe v. Wade, some Republicans are already setting their sights on the next target to fight the procedure: businesses that say they’ll help employees get abortions outside the state.

Fourteen Republican members of the state House of Representatives have pledged to introduce bills in the coming legislative session that would bar corporations from doing business in Texas if they pay for abortions in states where the procedure is legal.

This would explicitly prevent firms from offering employees access to abortion-related care through health insurance benefits. It would also expose executives to criminal prosecution under pre-Roe anti-abortion laws the Legislature never repealed, the legislators say.

Their proposal highlights how the end of abortion would lead to a new phase in — not the end of — the fight in Texas over the procedure. The lawmakers pushing for the business rules have signaled that they plan to act aggressively in the next legislative session. But it remains to be seen if they’ll be able to get a majority on their side.

The members, led by Briscoe Cain, R-Deer Park, laid out their plans in a letter to Lyft CEO Logan Green that became public on Wednesday.

Green drew the lawmakers’ attention on April 29, when he said on Twitter that the ride-share company would help pregnant residents of Oklahoma and Texas seek abortion care in other states. Green also pledged to cover the legal costs of any Lyft driver sued under Senate Bill 8, the Texas law that empowers private citizens to file lawsuits against anyone who assists in the procurement of an abortion.

“The state of Texas will take swift and decisive action if you do not immediately rescind your recently announced policy to pay for the travel expenses of women who abort their unborn children,” the letter states.

The letter also lays out other legislative priorities, including allowing Texas shareholders of publicly traded companies to sue executives for paying for abortion care, as well as empowering district attorneys to prosecute abortion-related crimes outside of their home counties.

Six of the 14 signers, including Cain, are members of the far-right Texas Freedom Caucus. How much political support these proposals have in the Republican caucus is unclear. House Speaker Dade Phelan, R-Beaumont, declined to comment. Lt. Gov. Dan Patrick and Gov. Greg Abbott did not respond.

Since the legislative session is more than seven months away, Cain said in an email that “a quickly drafted and sent letter can hardly be said to reflect the pulse of my Republican colleagues.” He was confident, however, that his ideas would find some support in the Senate.

“Knowing that chamber and its leadership, I’m willing to bet legislation targeting this issue will be promptly filed in January,” Cain said.

But doing so would likely mean targeting companies that the state has wooed as potential job creators. Tesla, for instance, announced this month that it would pay for employees’ travel costs when they leave the state to get an abortion. Abbott celebrated the electric car company’s move to Austin last year and this year urged its CEO, Elon Musk, to move Twitter’s headquarters to Texas, too, if he completes his purchase of the social media firm.

Republican politicians have to tread much more carefully on abortion politics if Roe v. Wade falls, said Florida State University professor Mary Ziegler, who wrote a book on abortion law in the United States. Whereas in the past, lawmakers could pass any number of abortion restrictions that were bound to be struck down by courts, that backstop would no longer exist.

Ziegler said while a broad conservative coalition wants to ban abortions in Texas, there is disagreement over how aggressively to enforce related criminal laws or to attempt to prevent pregnant residents from leaving the state for the procedure. Republican politicians, therefore, have an incentive to remain quiet on the issue until they can determine which course of action is the most politically prudent.

“It’s not easy to be a Republican anymore,” Ziegler said. “Before, everyone was like, ‘Yes, let’s get rid of Roe v. Wade.’ Now, if you can do whatever you want, what is it that you want to do?”

Lyft did not respond to a request for comment. Several other large companies, including Amazon, Uber and Starbucks, have also said they would help employees or customers seek abortion care outside of Texas. None responded to requests for comment.

Concerns from the business community helped derail a push by Republican lawmakers to enact the so-called bathroom bill in the 2017 session, which would have required people to use the facilities that corresponded with their sex assigned at or near birth. Moderate Speaker Joe Straus, R-San Antonio, rebuffed requests from Patrick to make the bill a priority.

State Rep. Donna Howard, D-Austin, said that although Straus has since retired, she hoped a coalition of Democrats and centrist Republicans would form to block abortion-related laws that place new restrictions on businesses.

“There were opportunities for business-minded Republicans and business-minded Democrats to come together and prevent these kinds of extreme policies,” Howard said of Straus’ tenure. “I’m hopeful that will happen again. … We’re at a pivotal point here of doing severe damage that’s going to be hard to undo.”

The Texas Association of Businesses, Texas Chamber of Commerce Executives and Greater Houston Partnership either declined to comment or did not respond to questions about the abortion-restriction proposals in the Republicans’ letter.

Disclosure: The Greater Houston Partnership, Lyft and the Texas Association of Business have been financial supporters of The Texas Tribune, a nonprofit, nonpartisan news organization that is funded in part by donations from members, foundations and corporate sponsors. Financial supporters play no role in the Tribune’s journalism. Find a complete list of them here.

Tickets are on sale now for the 2022 Texas Tribune Festival, happening in downtown Austin on Sept. 22-24. Get your TribFest tickets by May 31 and save big!

4.5 lakh govt jobs provided to youth in UP in 5 years: Guv

Tue May 24 , 2022
LUCKNOW Governor Anandiben Patel on Monday stated that 1.61 crore youth had been provided employment in the private sector through private investment while 60 lakh youth were linked to self-employment in Uttar Pradesh. “In the last five years, 4.5 lakh government jobs have been provided to the youth in UP […] 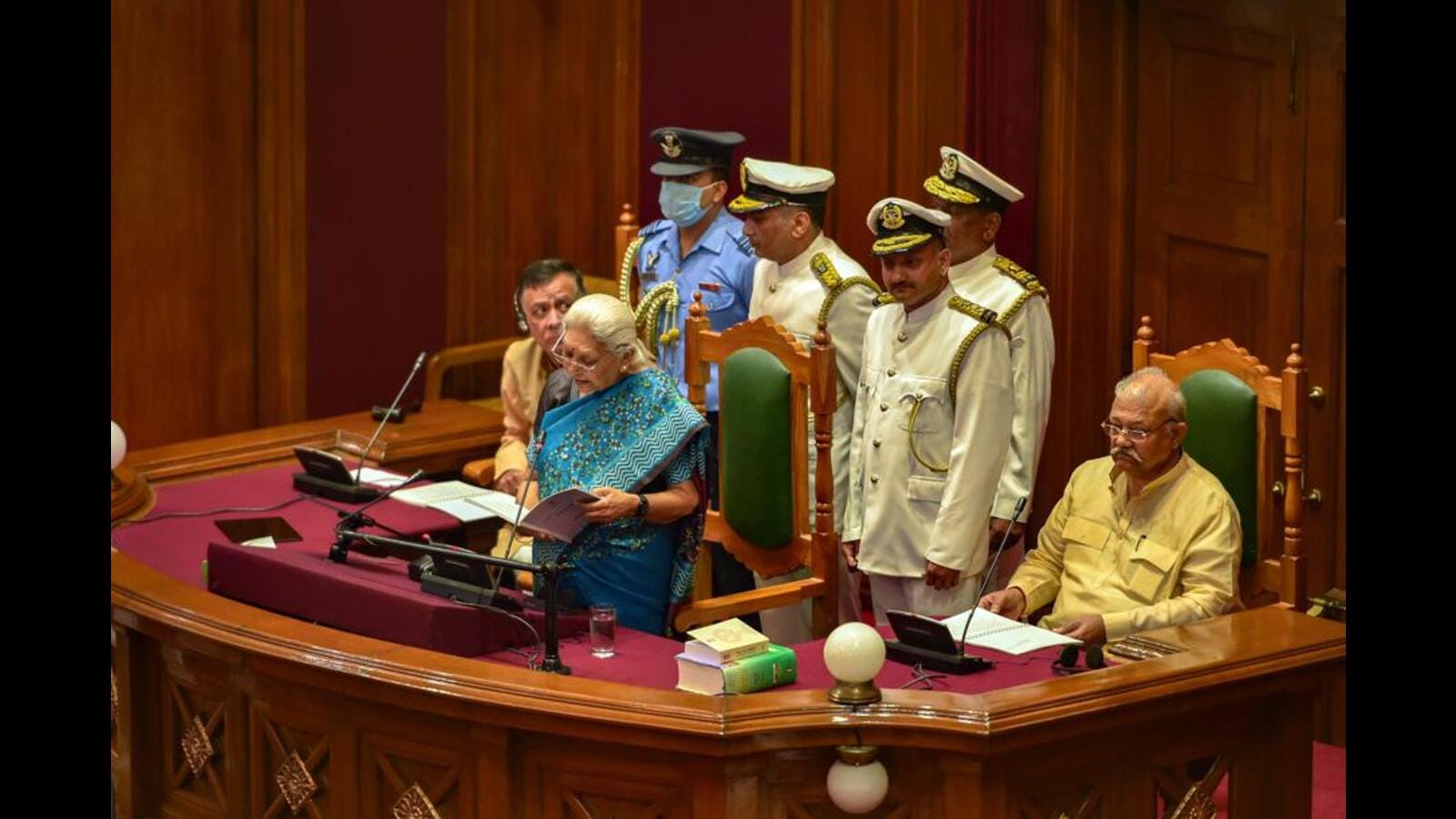