Pro-choice demonstrators protest outside of the US Supreme Court in Washington, DC on November 1, 2021.

Abortion providers nonetheless sued to have the law ruled unconstitutional and barred from being deployed against them in the meantime.

The rulings Friday came more than a week after the high court heard oral arguments in a separate case, Dobbs v. Jackson Women’s Health, in which the state of Mississippi asked the justices to overturn decades-old precedents supporting a constitutional right to abortion. Mississippi’s new law bans abortions after 15 weeks of pregnancy except “in medical emergencies or for severe fetal abnormality.”

During arguments in that case, the court’s 6-3 conservative majority appeared ready to weaken, and perhaps even overturn the right to abortion over the strenuous objections of the three liberal justices. The Supreme Court has yet to rule in the Mississippi case.

The Texas Heartbeat Act has effectively put a stop to most abortions in that state by empowering private citizens to sue, for at least $10,000, anyone who “aids or abets” an abortion after the detection of a fetal heartbeat, usually around six weeks or so into gestation. Women who obtain abortions cannot be sued.

Many women who have been pregnant for six weeks or less are unaware they are carrying a fetus.

The Texas law, also known as S.B. 8, includes an exemption for medical emergencies, but none for pregnancies resulting from rape or incest.

S.B. 8 explicitly excludes state officials from enforcing the law, which was designed to avoid having those officials named as defendants in challenges to the ban before it was ever used against a provider.

The roughly six-week cutoff in the law is 18 weeks less than the standard set by Roe v. Wade, the 1973 Supreme Court ruling that first enshrined a woman’s constitutional right to abortion.

The court in that ruling said that states could not ban abortions in the first trimester of pregnancy, a period that was chosen because of the idea that a fetus typically could not survive outside the womb during that time.

On Friday, in its 8-1 ruling in the Texas case, the Supreme Court allowed the abortion providers’ suit to proceed against only some of the originally named defendants.

However, they can proceed with the suit against other named defendants, who include executive directors of three state health boards — medical, nursing and pharmacy — as well as against Allison Benz, the executive commissioner of the Texas Health and Human Services Commission.

That is because those boards and officials may take enforcement actions against abortion providers if the providers violate Texas’ Health and Safety Code, which includes S.B. 8, the Supreme Court ruling noted.

The ruling noted that “other viable avenues to contest the law’s compliance with the Federal Constitution also may be possible and the Court does not prejudge the possibility.”

That comment came a day after a Texas state district court judge ruled that S.B. 8 violates the state constitution because of its mechanism authorizing private citizens to enforce the law.

The state judge, in a ruling that was immediately appealed by an anti-abortion group, said that the law gave legal standing to people not injured by a pregnancy terminated and was an “unlawful delegation of enforcement power to a private person.”

Chief Justice John Roberts, another conservative, in a partial dissent joined by the liberal justices Stephen Breyer, Elena Kagan and Sonia Sotomayor, said the Texas law “has had the effect of denying the exercise of what we have held is a right protected under the Federal Constitution.”

Roberts wrote that “Given the ongoing chilling effect of the state law, the [lower federal court in Texas] District Court should resolve this litigation and enter appropriate relief without delay.”

Sotomayor, in a separate opinion, joined by Breyer and Kagan, blasted the majority for refusing to allow the suit to keep as defendants other Texas officials.

“By foreclosing suit against state-court officials and the state attorney general, the Court
clears the way for States to reprise and perfect Texas’ scheme in the future to target the exercise of any right recognized by this Court with which they disagree,” she wrote.

“This is no hypothetical. New permutations of S. B. 8 are coming. In the months since this Court failed to enjoin the law, legislators in several States have discussed or introduced legislation that replicates its scheme to target locally disfavored rights.”

Justice Clarence Thomas, another conservative, in a dissent said that he would have ordered the plaintiffs’ lawsuits to be dismissed entirely, arguing that they had no legal grounds to sue the government officials that the majority of justices allowed to remain as defendants.

And, Thomas wrote in a footnote, “As I have explained elsewhere, abortion providers lack standing to assert the putative constitutional rights of their potential clients.”

More U.S. colleges turn to law schools to find their next president

Mon Dec 13 , 2021
Students walk through the University of Michigan campus, August 10, 2020. REUTERS/Emily Elconin Register now for FREE unlimited access to reuters.com Register The past year has seen in uptick in law deans tapped for college or university presidencies Law deans at Boston College, Cornell, UC Irvine and, most recently, SMU […] 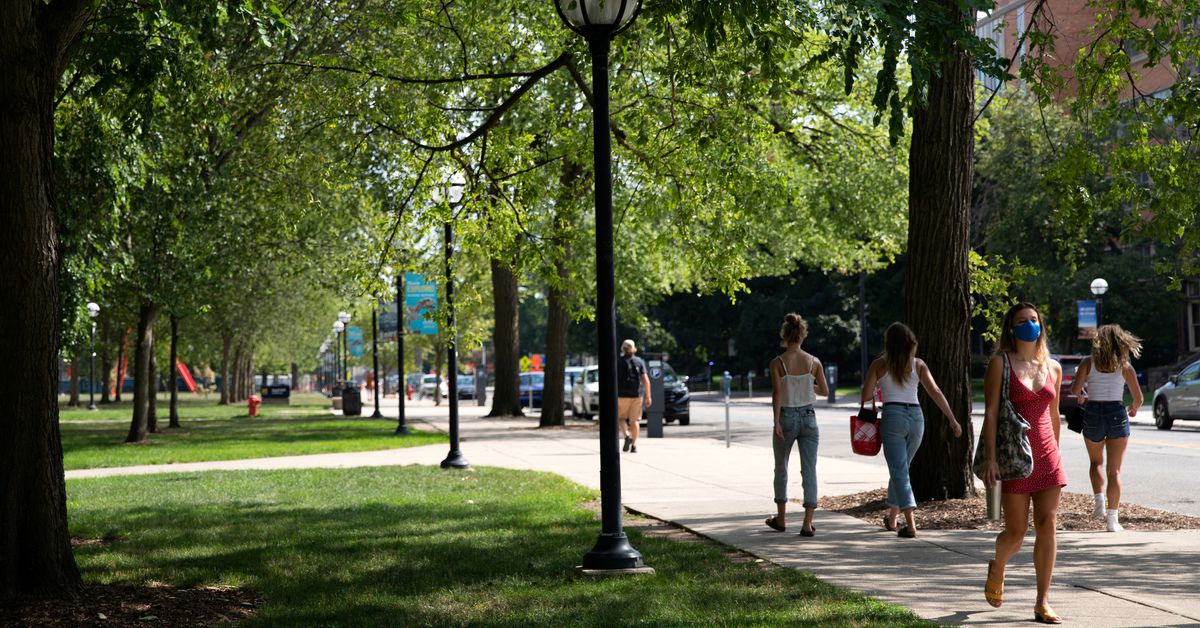