A state employee has sued the Tennessee Department of Human Resources after being refused a copy of a taxpayer-funded report prepared by McKinsey & Co., a global consulting firm hired to help guide the state’s response to the COVID-19 pandemic.

Thomas Wesley — described by his attorney as a state employee acting in his capacity as a Tennessee citizen entitled to access government documents under the state’s public records law — is asking a Davidson County Chancery Court judge to order state officials to appear in court to justify withholding the report and to order its public release.

The report Wesley is seeking was commissioned by the state in April 2020 just as the pandemic was beginning. McKinsey is a Washington, D.C.-based international consulting firm hired by the state to provide advice on a variety of public policy issues for more than a decade. The company has earned $43 million from its work with Tennessee government since 2013, according to a state contractor database that does not provide access to earlier payment information.

The state’s COVID-19 contract with McKinsey outlines a series of “deliverables” in its work advising Gov. Bill Lee and state officials on pandemic response.

Among them, a “government efficiency assessment and review to identify potential performance improvements and assist the state’s response to the COVID-19 pandemic;” “data and best practices to inform the choices that the state will need to make as it reopens Tennessee’s economy while still working to minimize further spread of COVID-19” and “fact-based options” for decision-making by the state’s Unified Command Group, which consists of high-level state officials responsible for coordinating pandemic response.

Wesley submitted a public records request to the Department of Human Resources on Sept. 26 seeking a copy of the government efficiency assessment cited in the contract.

The next day, he was denied the records by Andrew Puryear, the department’s associate general counsel, according to copies of the email exchange filed in court.

“The documents requested are subject to the deliberative process privilege and contain confidential information that is subject to the exception for information regarding operational vulnerabilities,” Puryear wrote in his email denying Wesley the records.

Puryear had no legal basis for withholding the records, according to Wesley’s attorneys, including Wendy Liu, an attorney with the Washington, D.C.-based Public Citizen Litigation Group, along with Nashville attorneys William Harbison II and Ronald Harris.

“Deliberative privilege extends only to communications among high-level government officials,” Liu said in a telephone interview Tuesday. “We don’t have that here. Operational vulnerabilities is plainly about computers and technical infrastructure security.”

Altogether there are 538 exceptions to public records spelled out in Tennessee law, but “deliberative process” isn’t one of them, although it has been recognized in some instances by the state’s courts. The lawsuit argues that, should there be any confidential information contained in the McKinsey report, the state should instead redact that portion of the report instead of withholding it entirely.

Wesley is not alone in seeking access to the taxpayer-funded work by the global consulting firm.

The Tennessean reported in March the Lee Administration refused to publicly release the report prepared by McKinsey. The newspaper said the refusal also cited “deliberative process” and “operational vulnerability.”

As chairman of the Fiscal Review Committee, Gardenhire said his request is part of a broader mission to dig into no-bid or sole-source state contracts.

The McKinsey consulting firm has separately been at odds with state and county officials over its role as a paid adviser to opioid manufacturer Purdue Pharma as it ramped up distribution of the highly addictive drug, OxyContin, in Tennessee and across the nation.

Attorney General Herbert Slatery III in April announced Tennessee will receive a $15.2 million share of a $573 million, multi-state settlement with McKinsey, which admitted no wrongdoing as a Purdue consultant.

In early December, 12 Tennessee counties and the city of Lexington, Ky. joined in two separate lawsuit seeking to hold McKinsey accountable over its involvement in the opioid crisis.

Tue Dec 28 , 2021
When the House formed a special committee this summer to investigate the Jan. 6 Capitol assault, its stated goal was to compile the most authoritative account of what occurred and make recommendations to ensure it never happens again. But as investigators sifted through troves of documents, metadata and interview transcripts, […] 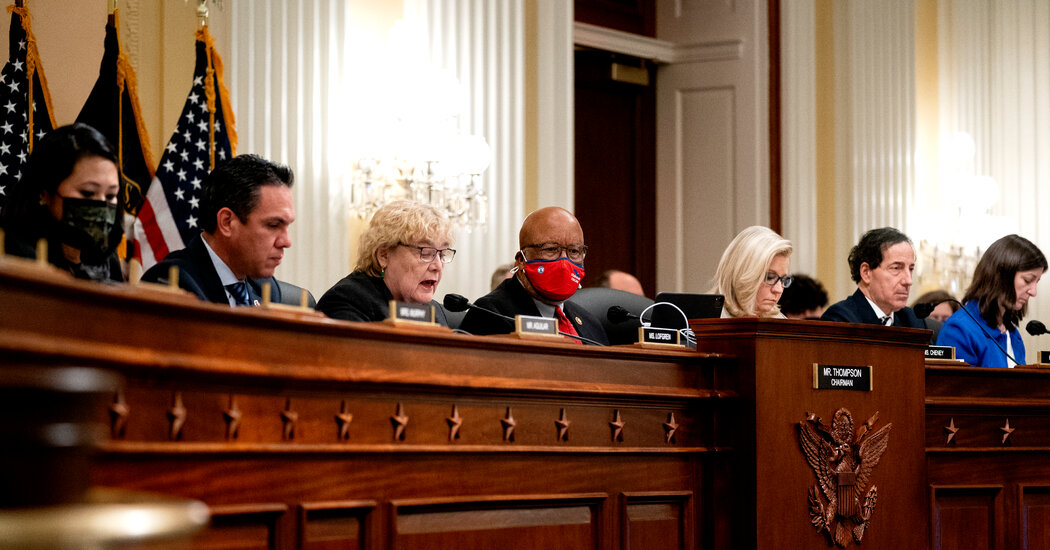