WASHINGTON — If it’s Monday … Ukraine pushes for ceasefire at talks with Russia. … Russian ruble nosedives as central bank doubles interest rates. … President Biden holds secure call with allies to discuss the war. … Senate begins process to confirm Ketanji Brown Jackson to Supreme Court. … Sen. Rick Scott, R-Fla., touts his 11-point plan in new TV ad. … And the State of the Union and the Texas primaries are just one day away.

But first: As the first primary state on the midterm calendar, Texas tomorrow is going to provide the first test for a number of major storylines for both parties we’ll be following through November.

One of those storylines is former President Donald Trump’s hold on the GOP, and whether Republican primary voters will heed his stamp of approval.

Trump has endorsed 32 Texas candidates, more than in any other state. And most of them – 23 – happen to be incumbents. Still, there are a few races we’re keeping a close eye on tomorrow, including:

All three are still are the favorites — perhaps one reason why a former president so fixated on his win-loss record has jumped on board. But their complicated situations make for a bit of a risk, one that raises the stakes for Trump’s endorsement calculus.

One note of good news for any GOP candidate that doesn’t win Trump’s backing: He can change his mind. Congressman Jake Ellzey, R-Texas, who beat the Trump-backed Susan Wright in last year’s special election following the death of her husband, Rep. Ron Wright, is running with Trump’s endorsement in March.

And while we’re on the topic, here’s an update on the census of Trump’s endorsements so far this cycle:

Data Download: The number of the day is … 59 percent

That’s the share of the unscientific Conservative Political Action Conference (CPAC) straw poll that former President Donald Trump won over the weekend. Four percentage points higher than his showing last year, he finished ahead of Fla. Gov. Ron DeSantis and his 28 percentage points, with former Secretary of State Mike Pompeo in third with just 2 percent.

It’s a sign of how Trump, who teased another run for the White House in his speech at CPAC, still dominates the minds of the activist base. The Republican Party spent years re-organizing itself in its image, making him the central piece of its fundraising apparatus and making support for him an unofficial litmus test. But even among the friendly audience, 4 in 10 wanted to see a different person win the party’s 2024 nomination.

Other numbers you need to know today:

141: The number of people interviewed by the Miami Herald and El Nuevo Herald in two heavily Hispanic areas around Miami whose party affiliation was changed without their consent, the latest evidence in a growing scandal.

66 percent: The share of likely midterm voters who disapprove of President Biden’s immigration policy, per a new poll by an advocacy group that used the firm founded by Biden’s top pollster.

19: The percentage point edge that the Republican Party has over the Democrats with U.S. adults in the new ABC News/Washington Post poll over who’s trusted more to handle the economy.

33 percent: The share in that same poll who said they approved of Biden’s handling of the situation in Ukraine, compared to 47 percent who said they did not.

1,150: About the number of Nevadans who abandoned their political parties to become independents in the last month, according to The Las Vegas Sun.

Early voting in Texas ended Friday, and NBC’s Gary Grumbach reports from Houston that less than 10 percent of voters in Harris County have cast their ballots early. Voting advocates said the state’s new voting law may have dampened turnout.

Thousands of absentee ballots have also been rejected thanks to the new law, The New York Times reports. A Times review of election data found that “officials in the most populous counties have rejected roughly 30 percent of the absentee ballots they have received — more than 15,000 ballots.”

The Texas contests also present an opportunity for the liberal wing of the Democratic party to grow its ranks in Congress, Politico reports. High-profile progressives and outside groups are focused on a trio of House candidates: Jessica Cisneros in the 28th District, Jasmine Crockett in the 30th District and Greg Casar in the 35th District.

CPAC wrapped up over the weekend. NBC’s Vaughn Hillyard reports that the annual gathering attracted 2024 hopefuls, but they’re waiting on Trump to decide his next move.

Recorded remarks from Rep. Liz Cheney, R-Wyo., aired at a dueling “Principles First” event. NBC’s Peter Nicholas and Allan Smith look at how her national profile has grown even as her re-election prospects remain in doubt.

Sen. Rick Scott, R-Fla., released an 11-point plan last week“to rescue America,” outlining his policy prescription for Republicans moving forward. Though Scott is the chair of the NRSC, the plan was released by Scott in his capacity as an individual senator, without support from other party leaders.

This weekend, Scott was up on the airwaves in several major cities, outlining his plan and promoting it to the masses. “Great nations don’t automatically last forever. Our borders are being invaded, inflation is raging and our shelves are empty,” Scott says as the ad opens.

“We’ve put together a plan to rescue America after Republicans win this year, but official Washington won’t like this plan. But you will,” he added, before directing viewers to read his plan online.

Scott isn’t up for re-election in Florida this year, leading to questions about the timing of the release of this 11-point plan, including speculation that he has presidential aspirations.

ICYMI: What else is happening in the world

New York City is poised to end its vaccine mandates for many indoor businesses and events next week, assuming case numbers continue to decline.

The fence is back around the Capitol ahead of the State of the Union.

NBC News profiles the Wisconsin gubernatorial race, expected to be one of the tightest on the map.

NAACP, profs seek to back nonprofit in lawsuit over free legal advice program 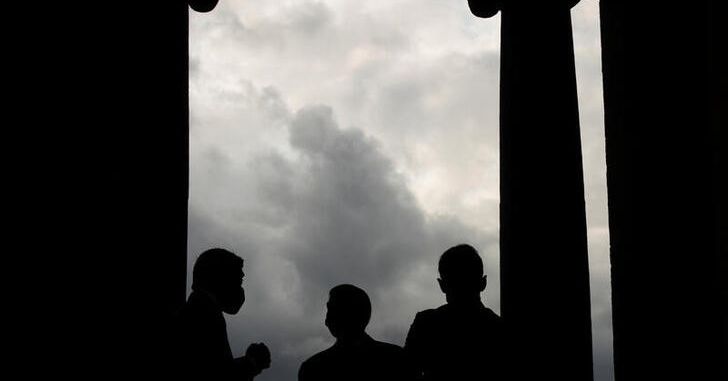