PRAYAGRAJ, India – Thirty-one-year old Sumit Gautam has three bachelor’s degrees and a law degree. “I just don’t have a job,” he says.

Many young Indians like Gautam study through their 20s with the hope of gaining an edge in the competitive job market.

That’s been an efficient strategy – until the past few years. In India today, unemployment levels rise with education, according to the Centre for Monitoring Indian Economy, a think-tank that does research and primary data collection. As of December 2021, one in five college graduates are unemployed.

This high unemployment rate among the college educated has caused what the World Economic Forum calls “widespread youth disillusionment,” claiming it’s a threat to India’s economic stability – and is part of a growing crisis in India’s job market. Those who work in the so-called “informal sector” – jobs in construction or agricultural labor with no guarantee of work or a wage from day-to-day, have long had difficulty supporting themselves and their families. And now, even education is no longer a guarantee of a job. Many educated workers complain of a lack of job security, employment benefits and salaries that often fail to meet minimum wage requirements.

The most recent manifestation of such disillusionment among those with degrees came on January 26, when thousands of young job seekers set fire to an empty stationary railway coach in eastern Indian city of Gaya. More than 12 million people had applied for 35,000 clerical jobs at Indian Railways — one of the world’s largest employers. The government revised rules to favor those with higher qualifications even for jobs that had previously needed only a high school degree.

“That meant a huge section who had applied for those jobs and even qualified for those jobs were now left in the lurch,” says Rajesh Sachan, convener of a youth group called Yuva Manch. “They were pushed to the wall,” he adds.

No one was hurt in the incident. But as news spread of the event, it was enough to spark protests among unemployed youth throughout two of India’s poorest states — Bihar and Uttar Pradesh — known for high levels of malnutrition, increased maternal mortality and low life expectancy levels.

In Uttar Pradesh’s Prayagraj city, about 200 miles northwest of the train burning, hundreds of young men stormed the railway station.

Some policemen broke open doors and windows of hostels, arresting three men they suspected of starting the protests and filing charges against many others.

The media called the ruckus a “job riot.”

The protester on the water tower

“There is only one employer who can ensure job security and pay decent wages in today’s times,” said Sarvesh Dhobi, 23, who holds a master’s degree in communication and is looking for a job. “That is the government.”

But even as India’s economy grew considerably in the past three decades, the country’s public sector has shrunk.

For many job seekers, that means turning to the private sector – where regulations for decent pay and benefits are not in place most of the time.

“Because labor laws in this country have been slowly weakened,” says Reetika Khera, a development economist and associate professor at the Indian Institute of Technology, Delhi, “people are no longer protected in their jobs in the private sector.”

And the combination of fewer government jobs and a lack of job security in the private sector has created what some economists refer to as a “general strike.” According to the Centre for Monitoring Indian Economy, more than 17 million Indians want to work – but are not actively seeking jobs because of the discouraging economic situation. More than half of those are women – like 36-year-old Shikha Pal.

For close to six months now, Pal camped out atop a 60-foot tall water tank close to the government employment office, in her home city of Lucknow, to protest what she called unfair employment practices. She holds a degree in education and has cleared the entrance exams required to become a primary teacher in a government school. Five years later, she has no job.

Pal worked in a private bank for four years before she quit due to long hours and low pay. She lives with her mother and brother. She has not worked in the past seven years, choosing to wait for a government job instead. “I always wanted to teach. However, the government school job openings come by only once in five years,” she says.

Will a private school not offer her a job? “Of course, they will!” she says. “But, I want the security that comes with a government job.” Moreover, she says the private schools have long hours, low pay and no benefits. One private school offered her 3,000 Indian rupees a month (less than $40), which was one tenth of what she would be paid in a public school, she estimates.

She went up four flights of stairs in June 2021 to sit on the water tank that provides water to central Lucknow. She sat there day and night, through a harsh summer, a rather torrential rainy season and a severe winter only to descend in January 2022. In the process, she managed to gather a passionate following of 6,000 unemployed youth looking for teaching jobs in government schools. They all resolve to continue protests until they get jobs.

“This shows the desperation of the youth,” says Sandeep Pandey, an activist. Those with college degrees or more will demand decent wages and benefits. “The government is not listening to them,” he adds.

There is an odd twist to this unemployment crisis.

With millions of job seekers applying to fill a few thousand public jobs, one would expect there would be no vacancies in the government sector.

Incredibly, that is not the case. In February 2022, The Union Ministry of Personnel informed India’s Parliament that of the 800,000 jobs that were vacant in the federal government, only 78,000 have been filled. If the debt-ridden government fills those vacancies, then salaries would need to be paid, says Manish Sinha of the civil rights group People’s Union for Civil Liberties. So the government uses tactics to keep job aspirants waiting.

In December 2021, police in the central Indian city of Pune arrested 26 people, including senior government officials for malpractices in the government recruitment processes including paper leaks and exam rigging. “This is a very common occurrence all over the country,” says Sachan, the youth movement organizer. Once an entrance exam paper for a qualifying exam is leaked, the matter goes to the courts which decide why there was a leak and who was responsible. Courts in India are famously sluggish, and the matter doesn’t get resolved for several years. “We were still waiting for the court to resolve a matter from 2015,” says Najma Hussain, who is looking for a job at a government bank. She was taking the exam to qualify as a bank teller, when there was a leak. She lives with her family and remains unemployed.

Meanwhile, the Pune police say they are working to unearth more such corrupt practices.

Yet these hurdles do not deter young Indians from prepping to work in government jobs. Prayagraj attracts thousands of educated youth from all over eastern India. Along its narrow streets, big billboards for coaching centers display assorted letters. TGT, PGT, JRF, CSIR, LT, S-TET and so on — abbreviations for entrance exams that the centers promise to prep the students for.

The average amount a student spends to live and study in these centers is the equivalent of about $1,400 every year. Only the wealthiest tier of the Indian population can afford that.

Desperate for work in the informal sector

This unemployment crisis is not solely affecting educated youth.

According to Reetika Khera, who has been working on employment opportunities for the most vulnerable sections of India, 90% of Indians work in the informal sector with no regular hours, no job security – and broken promises, like failing to grant the guaranteed number of days off. “Even the minimum wage law in India is not honored a lot of the time,” she adds.

On a wintry morning, even as the smog remains, hundreds of men and women gather on the sidewalk on the outskirts of Uttar Pradesh’s capital city, Lucknow. A truck approaches the gathering, and a man sticks out his head from the truck and yells out the number of people he’s hiring that day — ranging from a couple dozen to the hundreds. Immediately, he’s ambushed by people with raised hands, hoping to get paid a daily wage so they can feed their families. These are the job seekers in the informal sector that Khera refers to as the other 90%.

“For the kind of people who work in the informal sector, even aspiring to protest for employment is beyond their reach,” she says – if they take a day off, she explains, they won’t have money to eat that day.

For the benefit of the most vulnerable, the Indian government launched a National Rural Employment Guarantee Scheme in the mid-2000s. Under the program, the government provides a minimum of 100 days of paid employment per family in a year. These employees build roads and small bridges or o other types of manual labor in their villages for 120 rupees a day – about $1.60.

About ten million people worked under this program in 2021. However, the multibillion dollar program is proving insufficient to take on the massive numbers of job seekers. “It was meant to be a last resort for the most vulnerable, who are [most often] tackling multiple jobs to make ends meet,” she says.

Indian economy has slowed down since 2010, according to former chief economic adviser to the Government of India Arvind Subramanian. Consequently, the pace of job creation has been on a steady decline since 2011.

In 2014, India elected the Hindu nationalist leader of the Bharatiya Janata Party (BJP), Narendra Modi, who promised to create 100 million jobs by 2022. His administration launched campaigns like Make In India, Startup India and Skill India, intended to encourage investment across sectors and aimed at both those with education degrees and workers in the informal sector.

But there was a massive impact on employment opportunities after Modi’s announcement in November 2016 that he was taking 86% of India’s paper money out of circulation — part of a demonetization policy that aimed to tamp corruption. According to a 2019 study by scholars at Azim Premji University, 5 million people lost jobs due to major shocks to the economy from this policy.

Then came the pandemic. Less than five years after demonetization, COVID-19 struck, adversely affecting most sectors of the economy and pushing up the rate of unemployment up to 20% in June 2020. Since then, the rate has dropped to around 8% for India overall, which still means a massive number of unemployed in a population of 1.4 billion.

Sarvesh Dhobi has moved about 1,000 miles east from his hometown in Surat to study in a coaching center in Prayagraj. He’d like to land a job in media and communications – but is not hopeful. “We are traditionally launderers, my father has a laundry business,” he says. “I might have to go back home and lend a hand in that.”

And Gautam notes that there are unforeseen consequences to being one of India’s many unemployed young people.

“My family pressures me to get married, but who will marry an unemployed man?” he asks. 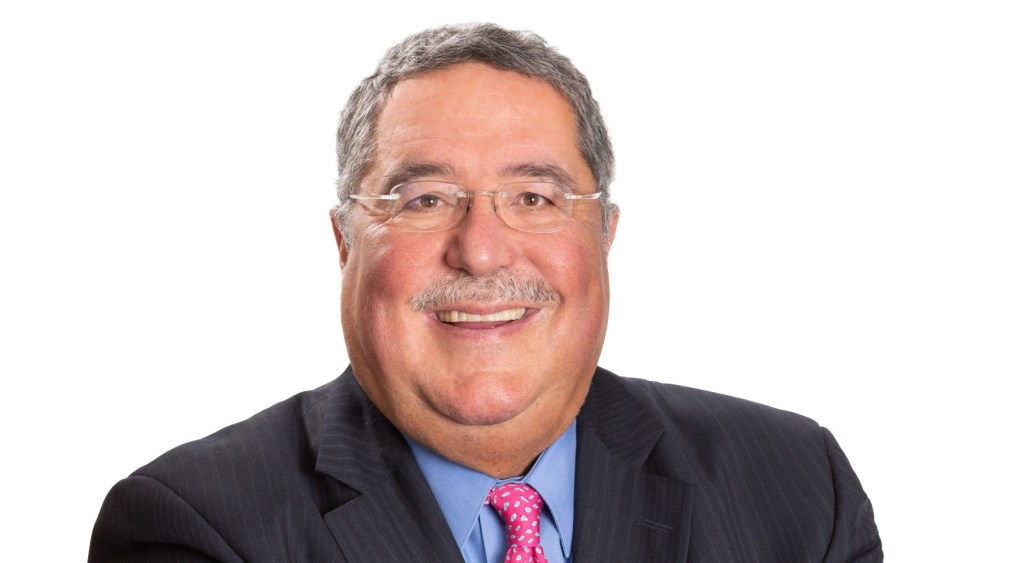