The Murdaugh family saga has dominated the news after another shooting, a resignation and criminal accusations — with Alex Murdaugh at the center of it all. Here are the latest updates on Alex Murdaugh.

The Bamberg-based attorney — whose friendship with Murdaugh dates back to college when the two attended the University of South Carolina law school together — has knowledge that touches on both sets of crimes, according to people familiar with the cases.

Wilson, 53, has already cooperated with law enforcement in the financial crimes investigations. He is mentioned — but not identified by name — as an “attorney with another firm” in two of the 15 state grand jury indictments that allege Murdaugh stole $8.4 million from clients and associates.

Columbia attorney Bakari Sellers, who represents Wilson, confirmed to The State newspaper that Wilson is the unnamed attorney and that he is helping the police.

In the ongoing death investigations of Murdaugh’s wife and son, Maggie and Paul, Wilson also is poised to play a role as a witness should prosecutors ever bring charges against Murdaugh, who is considered a person of interest.

The night of June 7, 2021, Murdaugh and Wilson were talking to each other on their cellphones at the approximate time that authorities have indicated Maggie and Paul were likely shot — between 9 p.m. and 10 p.m., according to Jim Griffin, one of Murdaugh’s attorneys along with state Sen. Dick Harpootlian, D-Richland.

Sellers elaborated on the financial investigation.

“From the very beginning, Chris has been cooperative,” said Sellers,who is representing Wilson with Pete Strom and Alexandra Benevento. “We have provided written statements and sat down with law enforcement.”

Commenting further, Sellers said that “the crimes that the State Law Enforcement Division and the Attorney General’s office have identified, Chris was completely blindsided. He had no knowledge of or participation in them.”

Wilson has not been criminally charged.

And Sellers said that Wilson has nothing to do with any alleged mishandling of any client money Murdaugh is charged with.

Murdaugh and Wilson’s friendship dates back to the early 1990s, and the pair have been friends for 30 years, Sellers said.

“They were really good friends. They did a lot together,” Griffin confirmed.

Their families also were close, even owning beach houses near each other at Edisto Beach, a small family-oriented Colleton County resort on the Atlantic Ocean.

In the weeks before Maggie and Paul were killed last year, the two families socialized.

“They did a lot of things together as couples and spent time together at Edisto on last Memorial Day weekend before the killings,” Griffin said.

An example of their friendship is documented in an April state grand jury indictment that alleges financial fraud involving Murdaugh and Cory Fleming, a Beaufort attorney and friend of Murdaugh’s.

The indictment says that an unidentified lawyer flew in a private jet to Omaha in 2012 to see the College World Series with Murdaugh and Fleming.

Among the last legal actions in which Murdaugh and Wilson participated was the case of Andral Faris.

Faris suffered grievous injuries in a 2015 crash along Interstate 26, when a large piece of debris fell from a truck and smashed through his windshield. In January 2021, two lawsuits involving Faris were tried in a bench trial before state Judge Robert Hood.

By February, Hood awarded $5.5 million to the plaintiffs, who were represented by Murdaugh, Wilson and another lawyer.

The lawyers were to get approximately $2 million in fees, and Wilson was in charge of distributing the money to the various lawyers and their firms.

‘Chris is a victim,’ his attorney says

But the friendship that lasted roughly 30 years has to unraveled as Murdaugh faces dozens of financial crimes.

Last week, Sellers and other sources close to the investigation told The State that irregularities in the distribution of $5.5 million in settlements stemming from two February 2021 cases that Wilson and Hampton-based Murdaugh worked on together raised the first questions about Murdaugh’s possible mishandling of millions of dollars.

In the Faris case, as an example, ordinarily Murdaugh would have fees for his work — in this case, some $792,000 — sent to the trust account at his law firm “as was required,” according to the November indictment against Murdaugh.

That action — sending fees to the trust account of a law firm and not to the individual lawyer — is standard procedure when a lawyer works for a law firm, said Columbia lawyer Eric Bland who specializes in legal malpractice cases and is representing the family of the Murdaugh’s former housekeeper, Gloria Satterfield, whose family sued Murdaugh over failure to turn over some $4 million in settlement cash.

But Murdaugh “convinced” Wilson in March 2021 to write $792,000 in three separate checks to Murdaugh personally instead of the law firm, according to the indictment, which does not identify Wilson.

Sellers identified the unnamed lawyer in the indictment as Wilson.

Murdaugh falsely told Wilson that the law firm knew he was getting the money personally, the indictment said.

At an unspecified date later, the indictment said a Murdaugh law firm employee asked Murdaugh and Wilson why no fees had come in to the law firm’s trust account from the $5.5 million verdicts in the Faris cases. The employee was prompted to raise the question because Wilson had sent yet another payment from the Faris lawsuits to the Murdaugh firm for deposit in the firm trust account, Sellers said.

“That’s what raised the red flag,” Sellers said. “Chris was never trying to hide the ball.”

Once aware the firm was asking questions, Murdaugh told Wilson that he would send him the missing $792,000 so Wilson could forward that money to his law firm, according to the indictment.

By having the money come from Wilson’s law firm, Murdaugh could avoid making his law firm suspicious that he had taken the money for his own use. Murdaugh wired $600,000 to Wilson and told Wilson he did not have the remaining $192,000 — a shortage Murdaugh “knew full well” that Wilson would have to cough up, the indictment said.

A spokesman for the law firm declined to comment.

The State Law Enforcement Division, which is investigating all alleged Murdaugh crimes along with the state’s Attorney General office and the state grand jury, declined to comment.

Although Murdaugh’s law firm had been paid the missing $792,000 and stopped further questions by last July, another bombshell was waiting to happen.

In early September 2021, Murdaugh’s former law firm — Peters Murdaugh Parker Eltzroth and Detrick, or PMPED — discovered that Murdaugh was converting client and firm money for his own personal use.

His actions were unknown to the firm, it claims, “until this discovery and these actions were unauthorized by PMPED,” according to a lawsuit filed in October by the law firm against Murdaugh.

That discovery involved a Sept. 2 check for fees found by a firm employee on Murdaugh’s desk that came from another law firm that was made out to Murdaugh personally.

The lawsuit gave no details about the check.

Murdaugh resigned that day. The lawsuit did not say how much money Murdaugh had stolen.

But 15 state grand jury indictments issued in November, December, January and April charge Murdaugh with stealing $8.4 million from numerous clients and associates from 2011 to 2021.

The confrontation with Murdaugh came as a shock to the law firm.

Murdaugh was a fourth generation member of a prominent South Carolina law firm that his great-grandfather had founded.

He was known in his own right as a former president of the S.C. Association for Justice, the state trial lawyers’ group, and was said to be making more than $1 million a year.

In an answer filed to that lawsuit, Murdaugh declined to respond to allegations against him because he has a “privilege against self-incrimination guaranteed by the United States and South Carolina constitutions.”

“Chris is a victim. His family is a victim, like anyone else. He hasn’t spoken to Alex since Alex has been arrested (in September 2021) and has no intention of doing anything to save someone who has hurt so many people,” Sellers said.

The once-close legal and personal relationship is no more, Sellers said.

“Chris is disappointed, to say the least,” Sellers added.

Could Wilson testify at a murder trial?

Beyond the financial investigation, Wilson also could be a witness in the ongoing investigation into Maggie and Paul’s deaths.

That’s because Wilson and Murdaugh were talking to each other on their cellphones during the approximate window their shooting deaths are alleged to have taken place, Murdaugh’s lawyer Griffin said.

“Alex was in his car, talking to Chris Wilson about usual stuff,” such as every day matters, Griffin said.

If asked, Griffin said that Wilson should be able to say that he was talking with Murdaugh around the time that Maggie and Paul were killed and that Murdaugh’s demeanor “was absolutely normal.”

Authorities estimate that Paul and Maggie were killed between 9 to 10 p.m. the night of June 7, 2021. Their bodies were found at the family’s remote Colleton County estate, which included a hunting lodge amid a large tract of fields and woods, Griffin said.

Griffin contends that Murdaugh, a person of interest in the investigation, left the estate around 9 p.m. to drive to his mother’s house, about a 20-minute drive, and returned to the estate around 10 p.m., or shortly after, Griffin said.

“Alex talked to Chris four times — twice on the way over, and twice on the way back, and texted him once,” Griffin said, adding Murdaugh’s cellphone records document the calls. Those records have not been made public.

Nearly one year later, no one has been charged in the shooting deaths of Maggie and Paul Murdaugh.

Follow more of our reporting on Murdaugh family news and updates

Related stories from The State in Columbia SC

John Monk has covered courts, crime, politics, public corruption, the environment and other issues in the Carolinas for more than 40 years. A U.S. Army veteran who covered the 1989 American invasion of Panama, Monk is a former Washington correspondent for The Charlotte Observer. He has covered numerous death penalty trials, including those of the Charleston church killer, Dylann Roof, serial killer Pee Wee Gaskins and child killer Tim Jones. Monk’s hobbies include hiking, books, languages, music and a lot of other things.

Steps For Hiring a Virtual Legal Assistant for Law Offices

Sat Jun 4 , 2022
Most law firms spend the majority of their time on administrative tasks, many of which are not included in billable hours. On top of that, they need to follow up with clients, negotiate settlements, manage the office and staff, and more. An assistant is a helpful addition to minimize the […] 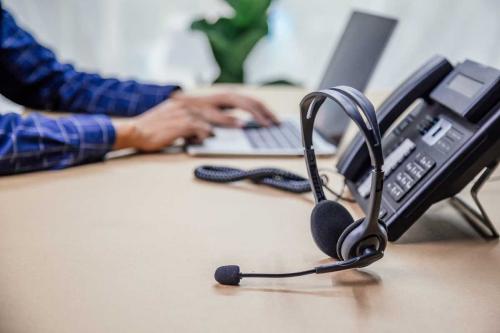