Srinagar- In absence of government jobs, special educators from Kashmir say the School Education Department (SED) is putting their careers at stake as the Department has failed to advertise posts.

A Special Educator works with children who have a variety of disabilities.

Children with special needs require unique instruction by “specially trained professionals” to help them achieve their highest potential and progress beyond their limitations.

Special Educators from Kashmir say they have a B.Ed. degree in Special Education but in absence of government jobs they are forced to work for NGOs who pay a small portion of money as salary.

They also say the School Education Department is violating the directions of the Supreme Court as the Apex court had long back directed states across the country to recruit special educators in government run Institutions.

Hakim Monis, A Specially-abled boy suffers from Down Syndrome.

According to reports, In Jammu and Kashmir there are around 20,000 specially-abled children, 5,000 of which are enrolled in government schools for which the department has availability of only 70 to 80 special educators.

“In 2016 more 200 posts were advertised and accordingly only 50 were filled, in 2017 154 were again advertised and more than 100 posts remained unfilled”, said Sajid Rasool, a special educator.

“There are a large number of specially-abled children who need care but in absence of government schools they are forced to get admission to private clinics who charge hefty amounts of money,” he added.

“In absence of special educators in schools, specially-abled children are suffering” said Irshad Ahmad who aspires to work for children with special needs.

“Only well-off families can afford to send their children to private schools and NGO’s” he added.

Samagra Shiksha is an Initiative launched by Government of India for the school education sector extending from pre-school to class 12.

It has been initiated with the goal of improving school effectiveness measured in terms of equal opportunities for schooling and equitable learning outcomes. It subsumes the three schemes of Sarva Shiksha Abhiyan (SSA), Rashtriya Madhyamik Shiksha Abhiyan (RMSA) and Teacher Education (TE).

Talking to Kashmir Observer, Deep Raj Project Director Samagra Shiksha said that he heads the project and not the government department.

“It is a project and all the posts are contractual. The validation of the current project is till 2025-2026”. Deep Raj said.

“The number of contractual posts that were available have already been fulfilled. As of now no new posts are available”, he said.

“Around 110 special educators are enrolled in different institutions and giving their services” he added.

Despite repeated attempts, the Commission Secretary Education did not respond to phone calls.

Follow this link to join our WhatsApp group: Join Now

Syed Mohammad Burhan has Masters in Mass Communications and works as City Reporter at Kashmir Observer. He tweets @syedmohammad313


With No Govt. Jobs In Line, Kashmir’s Special Educators In Limbo

Fri May 27 , 2022
(Reuters) – With law firms welcoming summer associates back in person this month after a two-year hiatus, the eager-to-impress newcomers have one big question: What to wear? A suit and tie? Sheath dress and blazer? Jeans and a polo shirt? Stretchy soft pants and a sweater? And what the heck […] 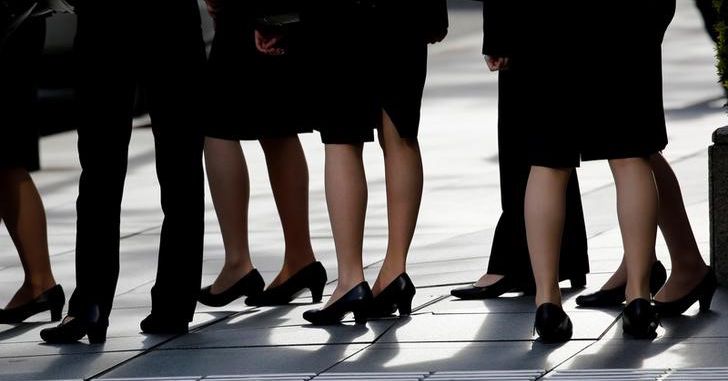